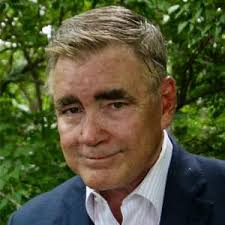 Sometimes I have to be dragged kicking and screaming into the 21st century, but once I found how easy it is to watch Podcasts, I was glad I did.  First, you can listen whenever you want; second, you can listen more than once; and third, for the ones I have found, all the commercials are cut out of regular broadcasts.

Take the Po Po Report broadcast that used to be every Saturday night from 7:00-9:00 p.m. on WLS Radio, 890 AM.  Led by Paul Ciolino, a former policeman and now a private investigator, the show delves into police, crime and punishment in Chicago, so you know that they are never at a loss for material.  They talk about street crime, transgressions by political bosses — giving kudos to special police officers and slamming crooks.  Po Po is just one of the nicknames for the police in Chicago, hence the name.

WLS was OK, but when the pandemic came, the radio station cut back and started making demands that Paul was not prepared to live with.  So Po Po became a big time podcast, that is far more real than following rules from a radio station.  In fact, the only rule is that the subject has to be interesting!  And it is every week.

Paul is my age; in fact we were in the same infantry company in Germany in the mid-1970s.  Being the only two guys from Illinois, I would swing by the company arms room, which he ran, and checked what the latest was in Chi-town.  A few years later, Paul got out of the Army and went into law enforcement, finally becoming a private investigator.

Let me sum him up: if I ever was arrested for a major crime I did not commit, Paul Ciolino is the private detective I would want on my side.  He has been involved in the OJ Simpson Case, the Oklahoma City Bombing Case, the Amanda Knox Case in Italy, and several capital murder cases in Illinois that proved that the wrong people were sitting on death row, which led to a policy change on the death penalty in Illinois.

Right now, Paul is working on the mysterious death of boxer Arturo Gotti, who died on July 11, 2009.  Brazil and Canada have weighed in over the years on the cause of death, with a lot of so-called experts settling on Suicide.  Once again, Paul is the voice of reason in an increasingly irrational world, and is working on a special network presentation that Arturo was murdered.  If you are out in Las Vegas anytime soon, take Murder and give the points.

Now Paul is the savvy old-timer; his partner on the show is Lupe Aguirre, a younger lawyer and police officer; my guess is early 40s, so he knows the current state of play in the police department (like how a police lieutenant can take a nap on duty), as well as the Millennial scene, not that too many listeners care about the latter.  You want Chicago accents, often politically incorrect language, and stuff on crime you won’t find anywhere else.  This is it.  You hear about murders every weekend in Chicago.  You’ll hear about them here too, but you will also hear that there is probably a serial killer loose in the city that may have murdered 51 women in Chicago.  That’s right, 51 women and a whole lot of the media hasn’t bothered to really cover it.

They talk about the abysmal arrest rate on murder cases and why that is so.  They hand out the “Jagoff of the Week” which is derogatory street slang meaning a person who is stupid or inept.

The guys also give you tips about using Uber drivers and other things to keep you safer in Chicago.  Supposedly the show even has a following in Statesville, the replacement prison in the state for the infamous Joliet Prison.  It is worth your time, so go to the podcast.  In a perfect world, you could have a couple of beers every week with Paul at a Chicago watering hole; this is the next best thing.