This Date in History: June 10

This Date in History: June 10 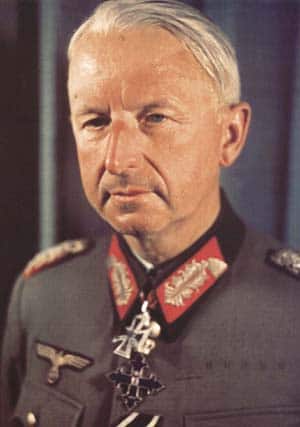 Erich von Lewinski, genannt von Manstein, Army Field Marshal, born in Berlin on November 24, 1887, winner of the Iron Cross 1st Class in World War I, commander of the 11th Army, commander Army Group South, winner of the Knight’s Cross of the Iron Cross with Oak Leaves and Swords, dismissed by Hitler in 1944, author of memoirs, Lost Victories, died on June 10, 1973 in Ebenhausen, said about field commanders: “Intelligence, knowledge and experience are telling prerequisites.  Lack of these may, if necessary, be compensated for by good general staff officers.  Strength of character and inner fortitude, however, are decisive factors.  The confidence of the men in the ranks rests upon a man’s strength of character.”  (2,000 Quotes From Hitler’s 1,000-Year Reich)