Julius Streicher, Gauleiter of Franconia and editor of Der Stürmer, Germany’s most violent anti-Semitic journal.  Streicher said of Hermann Göring, “He never really consummated his marriage – Yes I know it was Göring who was responsible for having me kicked out of my position as Gauleiter in 1940, on account of that story about his child being a test-tube baby.  But I can’t help that.  I must speak what I believe to be the truth.”  Streicher was convicted of war crimes and hanged by Master Sergeant John C. Woods at Nürnberg on October 16, 1946.  His last words were, “Heil Hitler!  Festival of Purim 1946 – and now to God.  The Bolsheviks hang you too – I am with God Father.” 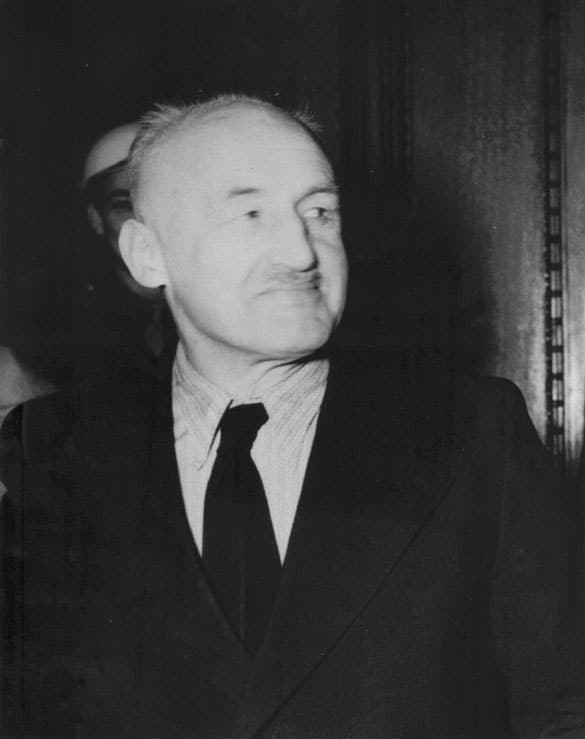