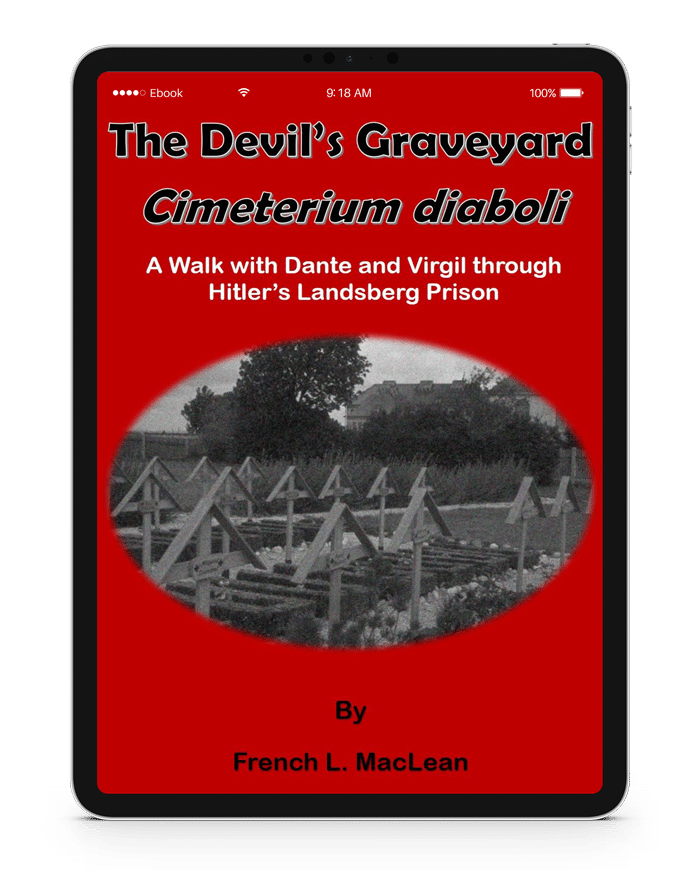 A while back, I wanted to challenge myself and write a work of fiction. Several friends also urged me to write an E-book, but my typical military history writing simply would not be a good entry into the E-book genre.  However, maybe a novel would.

I started with The Devil’s Graveyard.  My goals in The Devil’s Graveyard are two-fold: first, I wanted it to be a good, fast-paced, entertaining read. Second, I wanted to answer the many questions I have been asked over the years about Germany in World War 2 and the Third Reich in a form that would not bog down in footnotes.

As I was not sure of the characters that would fit in with this story, I “resurrected” Dante and Virgil from the Late Middle Ages, the characters in The Divine Comedy, written by Dante, not only made an indelible impression on both literature and theology since it was written, but also terrorized millions of high school and college students attempting to plow through it and find all the hidden meanings.

It was then time to switch gears and attempt to write a novel about Puerto Rico, which resulted in Denial.  For this work, I created a character from scratch, which proved to be quite an interesting challenge.  Detective Sergeant Antonio Ponce, a Vietnam veteran and former Drug Enforcement Agency officer, is close to retirement on the island, but a strange case appears and threatens to bring a lethal end to his hopes.

As fascinating as the mystery surrounding the case is, an equally entertaining aspect of Denial is the detail to which much of the culture of the island of Puerto Rico is described.  From the popular fascination with boxing and cockfighting, to the cuisine, terrain and native animals, to even descriptions of the dreaded chupacabra and the murder of Hector “Macho” Camacho, Denial is a great vacation read, especially if you are fortunate enough to take a fun vacation to the Isle of Enchantment (La Isla del Encanto.)  I am finishing this one now.