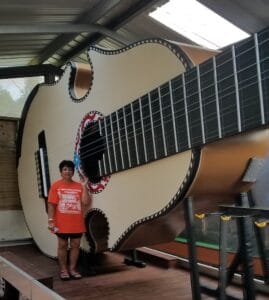 Sometimes you run across a person with a special talent, and even if you don’t know that individual well, you want success for them.  Such is the case of Luis Ángel Colón, whom I met while researching for maybe a new novel on Puerto Rico.  He lives in a modern, wooden house high on a hill outside Barranquitas.  He built the house because that is what Luis does – build incredible things with wood.  Not only houses, he may be the best craftsman currently constructing the Cuatro Puertorriqueño.  Known as a Cuatro for short, it is Puerto Rico’s most popular melodic instrument, and is played in both secular and religious music.  It sort of looks like a violin, or more accurately a violin-shaped guitar.  The Cuatro originally had four double-strings (hence cuatro for four) but at the end of the nineteenth century a fifth was added as its popularity rose on the island.

Luis’ Cuatros are wonderful instruments, but don’t take my word for it.  The Metropolitan Museum of Art in New York City [Accession Number: 2003.216.1] has one of Luis’ creations.  An artist himself, Luis is proud when Cuatro-players around the island tell him what a great instrument he has made for them.

But like almost all artists, Luis dreams big and at first that meant creating the world’s largest-playable Cuatros, which he did several years ago.  The result was a 30 foot-long, Puerto Rican cuatro that weighs 1.4 tons.  Up to 15 people can fit inside Luis’ giant instrument, which you can actually tune, and play its chords with a giant guitar pick.  However, Luis is not finished.  In addition to building a second house, crafting exquisite  regular-size Cuatros, and also producing the Guiro Clásico Puertorriqueño, Guiro, a hollowed out gourd, about sixteen inches long, that has been dried and treated so that it can be used as an instrument.  Notches are carved on one side of the gourd, and the musician uses a stick or tines to create various raspy tones.  Johnny Pacheco was a famous Guiro player.  Janis Joplin was a famous singer who tried to play the Guiro, they key word being tried. 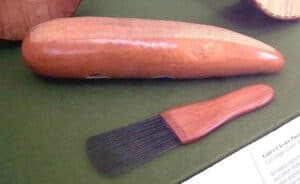 “Do It Again,” by Steely Dan, has prominent Guiro tones, as does “Don’t You Worry ‘Bout a Thing,” by Stevie Wonder.  If you are a Santana fan, you know all about this instrument; “I Ain’t Got Nobody That I Can Depend On” is a great one, as is “Guajira.” 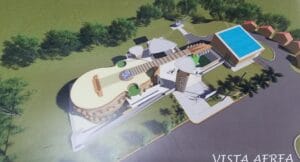 However, Luis has his sights set higher…much higher.  He has begun to organize architectural drawings of an entire building shaped as a Cuatro, possibly solar powered, here in Puerto Rico, that might be able to serve as a combination Cuatro museum and restaurant (with dishes named after parts of the Cuatro) in a unique fusion of music and food.  Luis Colón just might have an idea for you. 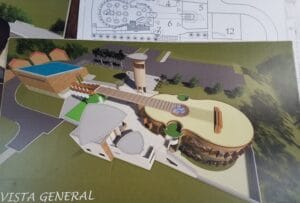 Create your own dream by checking out Luis’s dreams.  If you are a guitar player, broaden your horizons with your own Cuatro, maybe even one built by him.  Play along with Stevie, or Carlos and Jorge Santana with your own Guiro – you can get a good one for a very reasonable price.

Or just maybe you want to spend some quality time down in the Caribbean and want to open a one-of-a-kind restaurant.