Martin Steglich (left), Heinz-Georg Lemm and Walther-Peer Fellgiebel (right.)  All sat with French at the Knight’s Cross reunion, where this picture was taken.  General Lemm was Martin Steglich’s best friend.  Walther’s father was General Erich Fellgiebel, who was a conspirator in the July 20 “Bomb Plot” against Hitler and who was executed on September 4, 1944.  Heinz-Georg Lemm would go on to win the Knight’s Cross with Oak Leaves and Swords, making him one of Germany’s most distinguished soldiers. 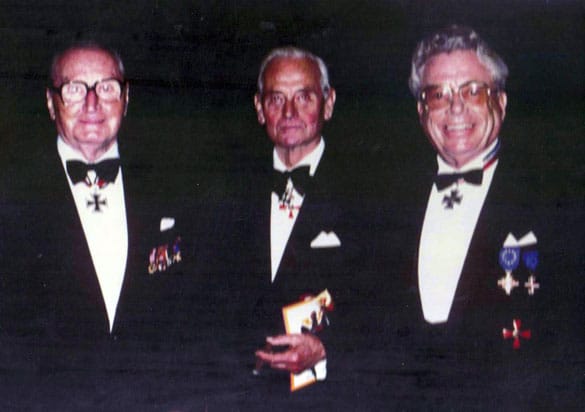