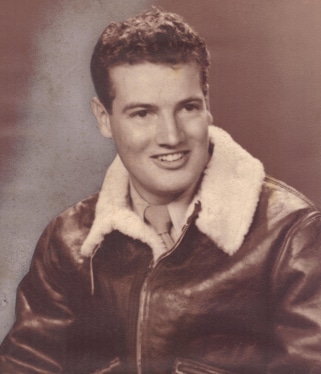 The best soldier I ever knew, my father, died on July 28, 2015 at St. Mary’s Hospital in Decatur, Illinois.  He was 91 and oddly enough, he passed away on the exact seventh anniversary of my mother’s death.

Thank you to everyone who knew him and was nice to him.  I may have been a colonel, but he was the general of the family.  The following is his obituary that appeared in the Decatur Herald & Review:

Myron D. MacLean.  I lost my hero on Tuesday, July 28, 2015, when he passed away at St. Mary’s Hospital in Decatur, Illinois.  He happened to be my father.  Born on September 4, 1923 in Peoria, “Mac” graduated from Peoria High School before attending Bradley University for two years prior to serving as an Infantryman in Company B, 1st Battalion, 39th Infantry Regiment in the Hürtgen Forest and Battle of the Bulge in World War II.  Mac always claimed he made corporal; my mother insisted that he topped out at private first class.  At any rate, he was wounded several times, received a Silver Star and Combat Infantryman’s Badge and – after his last wound – he came to looking down the business end of a German paratrooper’s assault rifle.  Years later, my brother David and I would watch “Hogan’s Heroes” on television and the young lad made the mistake of asking Dad if that was what a prisoner of war camp was like; he received a scowl as an answer.

To paraphrase the movie “Rudy,” Dad was “5 foot nothin’, 100 and nothin’,” and yet I saw him smash drive after drive each one straight as an arrow and close to 300 yards on the golf course, while I caddied for him.  I remember one memorable round when he carded a 69 – no mulligans, no winter rules, no TV tap-ins, no kicking the ball out of the rough when nobody’s looking, because Dad said it was more important to do the right thing when no one was looking than it was when they were – just a pure 69.  I think he won two bucks that morning and I know he paid me four.  He liked Jack and Tiger, but he loved Arnie – living and dying with his hero during charge after charge on the final day of a major.

Dad also loved Caterpillar, his granddaughters Heather and Megan, and most of all he loved my Mom, Julie Lane MacLean.  They had been married 60 years when she passed away in 2008; also on July 28.  For the last several years of her life, the saints at Decatur Memorial Hospital provided her with a restful life, while Dad went over for every meal to help her eat – knowing that she would never again be able to say the words, “Thank You.”  And over the last few days, the wonderful people at St. Mary’s did the same for Dad, making his last hours peaceful.

Knowing that I would never be able to swing a golf club like Dad, I went to West Point – as did David, who is now in London – in part to see if I could catch the old man as a soldier.  After thirty years in the Army, I realized I was chasing an apparition that I could never catch, let alone surpass.  And I am happy in that knowledge; because that’s the way it is supposed to be with your hero.