Skip to content
Home/About French MacLean/“Spartan 3” of the 5th Battalion,18th Infantry in a Bradley

“Spartan 3” of the 5th Battalion,18th Infantry in a Bradley 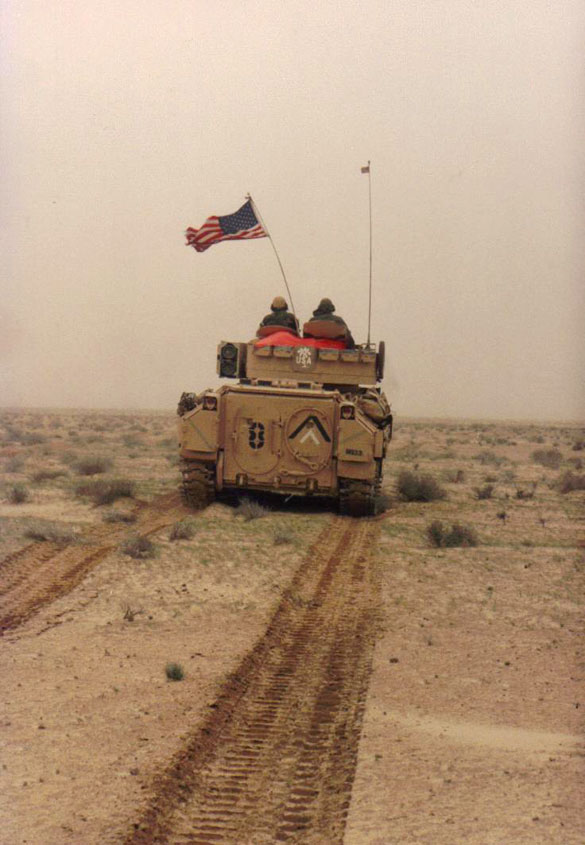 Our battalion was known as the Spartans.  The battalion operations officer is known by the suffix 3, so then-Major MacLean went by the call sign, “Spartan 3” on the radio.  I rode in the turret on the right, as the Bradley vehicle commander; Sergeant First Class Maxwell rode on the left as the gunner.  He was the battalion master gunner and one of the best shots in the unit with the cannon and machine-gun.  Shortly after this, we engaged and destroyed an enemy ZSU 23-4 anti-aircraft vehicle armed with four 23mm fast-firing cannons.