The Murder of Tsar Nichols II and His Family 1918 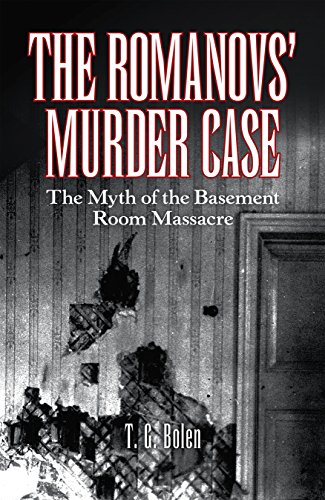 After a lifetime of research, and final research lasting a decade, the Romanovs’ Murder Case: The Myth of the Basement Room Massacre solves the mystery of the murder of Tsar Nicholas II and his family is finally out.  And what a book it is.  The Romanovs’ Murder Case destroys the myth that the entire family, plus a number of personal servants, were shot together in the basement of the Ipatiev House in Ekaterinburg, Russia in the early morning hours of July 17, 1918.  My friend and neighbor, lawyer and author T. G. Bolen, using architectural analysis determines that the basement murder room simply was not wide enough to allow for the Bolshevik version of events.  Enlisting a state police forensic handwriting expert, he has concluding that the last entry of the Tsarina into her diary was probably done later by another person, thus putting the accepted timeline into question.  Finally, he presents the fascinating career of an American Army military intelligence officer, Major Homer H. Slaughter. 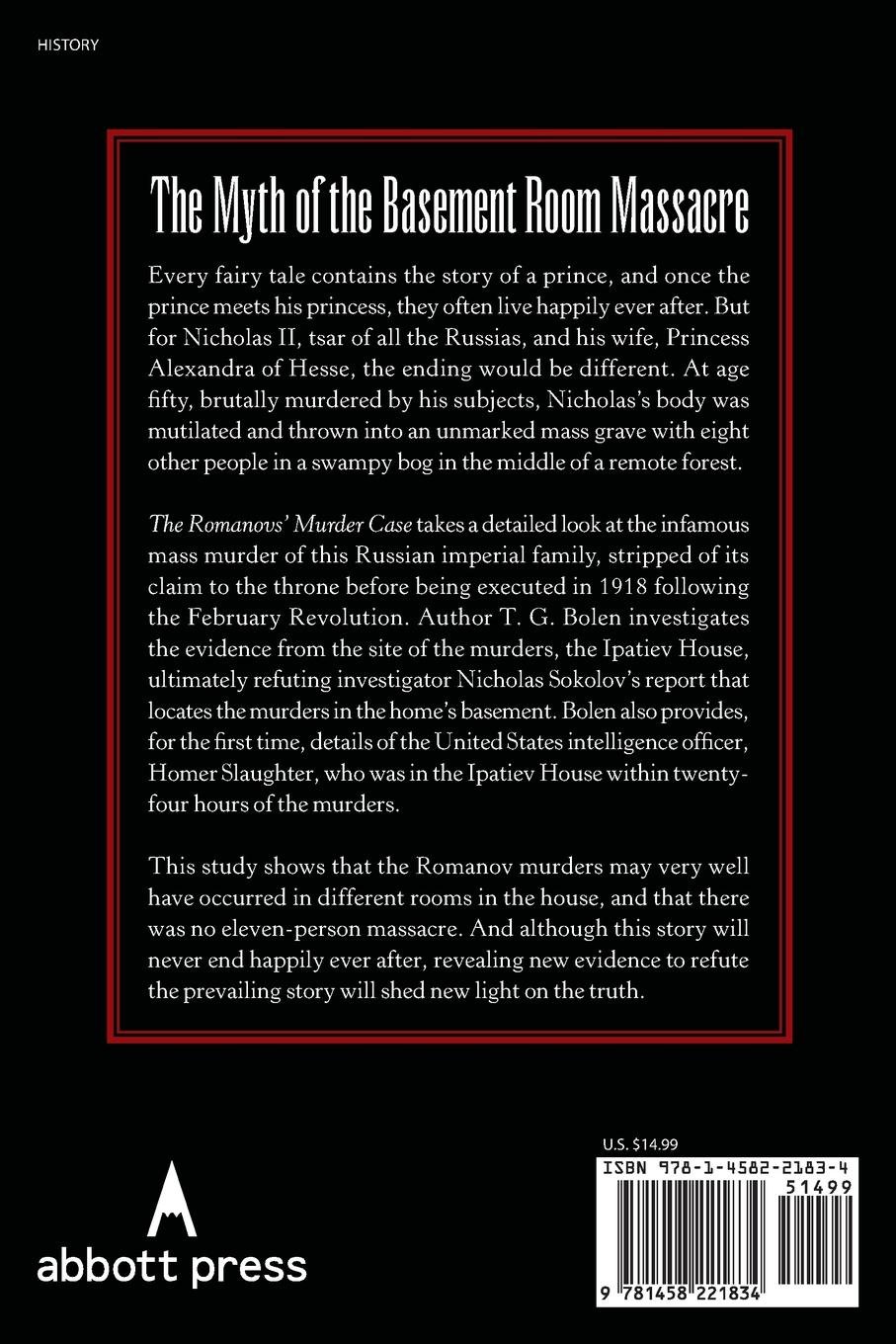 Interviewing Colonel Slaughter’s family,  the author found physical pieces of evidence that support that Homer Slaughter was actually in the Ipatiev House withing hours of the crime, and that Slaughter determined that some people were murdered there, but that murders occurred in at least two rooms.  Slaughter’s personnel file at the National Archives in St. Louis, revealed that Slaughter received a promotion to Colonel and in the 1930s was the chief of Army Intelligence for the Far East.  A master of many languages, an expert map-maker, with probably a photographic memory, Homer Slaughter was America’s “James Bond” without the glitz or pretension.  During his career, he intercepted a proposed treaty between Japan and Russia, appeared throughout Asia in the most dangerous places and face great dangers.  Once, in Harbin, China, he was being followed by a Japanese secret service agent.  Slipping away to his Chinese contact, he informed him of the problem.  The next morning, Homer heard a knock on his hotel door, but when he opened the door, no one was there — only a medium sized box.  He took the box into the room and opened it.  Inside was the head of the agent who had been following him!  In true Slaughter style, Homer closed the box, dressed and took the closed box downstairs to the hotel concierge with instructions to deliver the box to the Japanese consulate!

However, the most important contribution to history by Homer Slaughter was not exposing a treaty or engaging in the “Great Game” of the 1930s between the intelligence assets of the United States and Japan, but in an innocuous small, glass slide used in presentations to selected military audiences in the 1930s.  It is a depiction of an architectural drawing of the second floor of the Ipatiev House, the floor in which the Russian royal family resided during their final stay in the Ipatiev House.  Homer personally modified the floorplan, and it is this modification, shown in the book as Plate 4A, that will forever change the way in which historians view the final moments of Tsar Nicholas II and his family.  It will change your views as well!