With Marty Dempsey and Jack Pattison in the Palace

With Marty Dempsey and Jack Pattison in the Palace

Marty Dempsey (left), Jack Pattison (center) and French (right), West Point Class of 1974.  After the fighting in 1991, someone organized a West Point Founders’ Day dinner in Kuwait City in the house of a Kuwaiti emir.  The house was more like a palace, with thick carpets, marble hallways and even gold faucets.  Marty served as the Chairman of the Joint Chiefs of Staff until he retired in 2015, while Jack owns his own business.  Jack had been an enlisted soldier, before attending West Point, and had fought on “Hamburger Hill” in Vietnam, so we always listened to what he had to say. 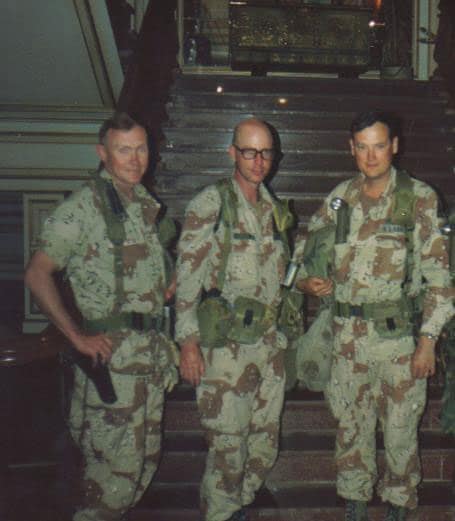