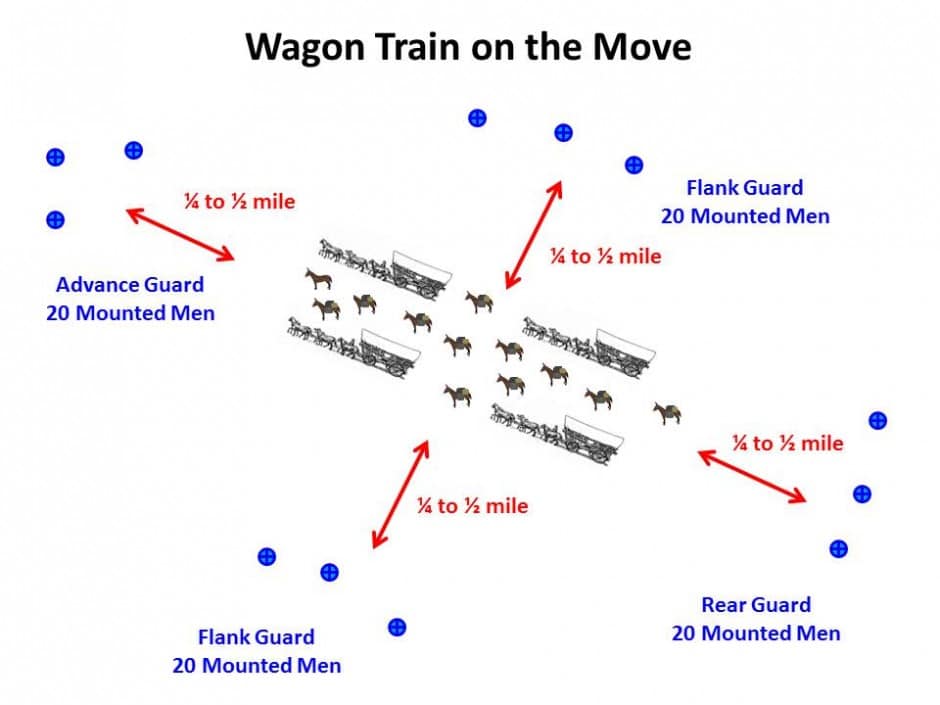 Fortunately for the Yellowstone Wagon Road and Prospecting Expedition, the tactics employed were close to perfect with respect to the nature of the enemy, the terrain, the weather and the capabilities and weapons of the frontiersmen.  They had to be with Hump and Inkpaduta lurking along the route with hundreds of Lakota, ready to pounce.  Joe Cook later recounted that when the wagon train was traveling there was a front and rear guard of twenty men in each squad, and a left and right flank guard of the same number that moved with the train, from a quarter to a half mile distance from the train all owing to the lay of the country through which they were traveling.

Addison M. Quivey later commented on the precautions taken by the frontiersmen:

“During the whole trip, every precaution was observed to guard our wagons. We drove in double line wherever practicable, with the pack animals well in hand; and when moving we always had a guard in front and rear, and on each flank.