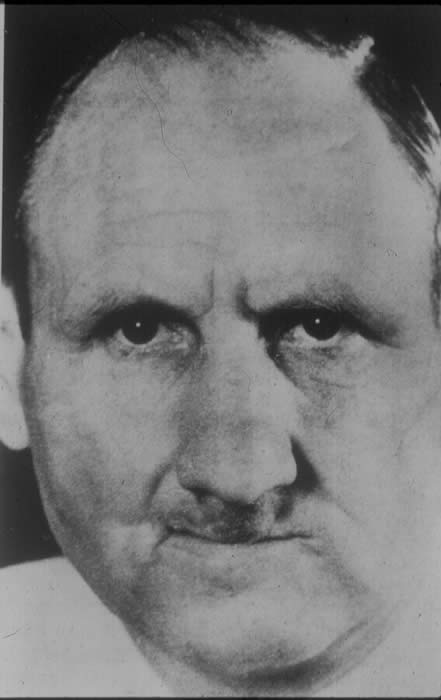 Dr. August Hirt, SS-Sturmbannführer, born 29 April 1898 in Mannheim, Nazi anthropologist and surgeon, collector of pathological specimens of inmates at Natzweiler concentration camp as well as performing experiments with mustard gas on inmates, winner of Iron Cross 2nd Class and wounded in the upper jaw by a bullet in World War I, studied medicine at the University of Heidelberg, committed suicide 2 June 1945 at Schluchsee, Baden-Württemberg, said the following on collecting specimens for study:

“By procuring the skulls of the Jewish-Bolshevist Commissars, who represent the prototype of the repulsive but characteristic sub-human, one has the chance to obtain palpable scientific data.  The best practical method is to turn over alive all such individuals.  Following induced death of the Jew, the head, which should not be damaged, should be separated from the body and sent in a hermetically sealed tin can filled with preservative fluid.” 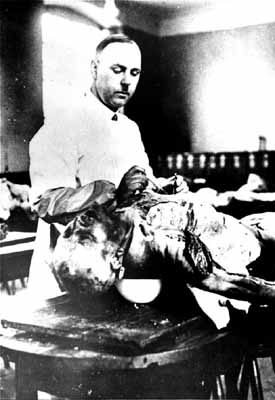