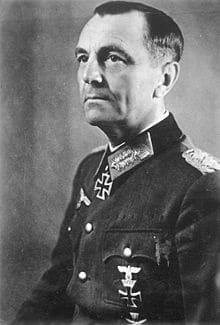 Friedrich Paulus, Army Field Marshal, was born on September 23, 1890 in Breitenau, Hesse, the son of a school teacher.  His first assignment was with the 111th Infantry Regiment; he fought in France, Macedonia and Serbia from 1914-1918.  After World War I, Paulus was assigned to the 13th Infantry Regiment in Stuttgart, before serving in several General Staff positions in the XVI Corps, the Tenth Army and the Deputy Chief of the German General Staff.

In January 1942, Paulus assumed command of the German Sixth Army and led this formation through the Stalingrad Campaign until 1943, when he and the Sixth Army surrendered.  The winner of the Knight’s Cross with Oak Leaves, Paulus was captured by the Soviets, remained a prisoner, until released from prison in 1953 and allowed to settle in East Germany.  He died on February 1, 1957 in Dresden.  Friedrich Paulus’ remains were later transferred to Baden-Baden, where he was buried with his wife, whom he last saw in 1942. 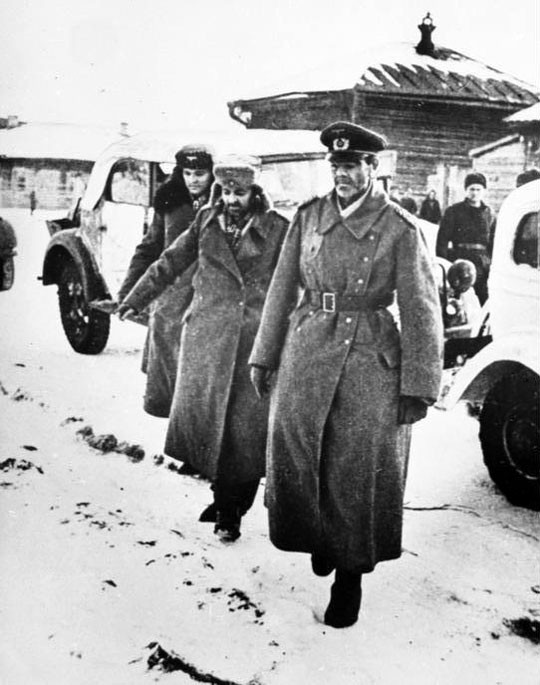 Iconic photo of Paulus at surrender of Sixth Army. He is to the right; in the center is the Sixth Army Chief of Staff Arthur Schmidt; to the left is Wilhelm Adam, the Sixth Army Adjutant

Paulus was maligned after the war for his conduct of the Stalingrad fight, especially after Soviet forces had surrounded the Sixth Army in November 1942.  But he was in an untenable position.  The following are some quotations of Friedrich Paulus about Stalingrad that show his emotions during the campaign.

“The Stalingrad battle continues along its stubborn course. Things are going very slowly, but every day we make just a little progress. The whole thing is a question of time and manpower. But we’ll beat the Russians yet!” (October 7, 1942)

“I expect you [to a colonel] to carry out the orders of your superior officers.  In the same manner the Führer, as my superior, can and must expect that I shall obey his orders.” (November 1942)

“Unless I concentrate every available man and inflict a decisive defeat on the enemy advancing from the south and west, my Army will be faced with imminent destruction.” (November 23, 1942)

“I still believe, however, that the Army can hold out for some time.  On the other hand – even if anything like a corridor is cut through to me – it is still not possible to tell whether the daily increasing weakness of the Army, combined with lack of accommodation and wood for constructional and heating purposes, will allow the area around Stalingrad to be held for any length of time.” (November 26, 1942) 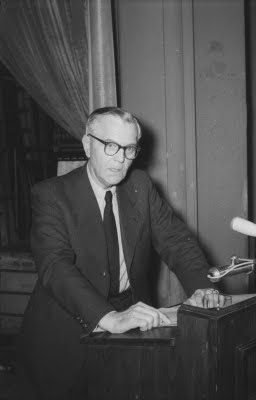 Paulus later in life in East Germany, where he died