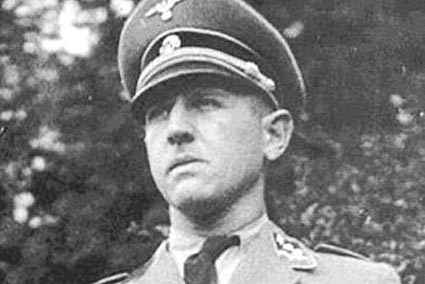 Theodor Dannecker, SS-Hauptsturmführer, born 27 March 1913 in Tübingen, Baden-Württemberg, assigned to Office IV B 4 (Jewish Affairs) of the RSHA (Reich Security Main Office) under Adolf Eichmann, leader of the Judenreferat at the Sicherheitsdienst post in Paris that oversaw the deportation of 13,000 Jews to Auschwitz, in charge of deporting all Jews from Bulgaria to extermination camps, assisted in the deportation of more than a half a million Hungarian Jews between early 1944 and summer of the same year to Auschwitz and other death factories, committed suicide after being taken prisoner by the U.S. Army on 10 December 1945 in Bad Tölz, Bavaria.