Jack E. Pattison, the 103rd First Captain of the United States Military Academy at West Point, was born in Washington, Pennsylvania on November 13, 1949.  Prior to attending West Point, he served as an enlisted soldier in Vietnam. While assigned to Company A, 2nd Battalion, 501st Airborne Infantry Regiment, Jack served as a radio operator, standing next to his company commander during the Battle of Hamburger Hill and later receiving an Army Commendation Medal for Valor.  U.S. casualties for the battle were 72 killed in action and 372 wounded.  The U.S. Air Force dropped almost 500 tons of bombs and 70 tons of napalm on enemy positions during the fight. 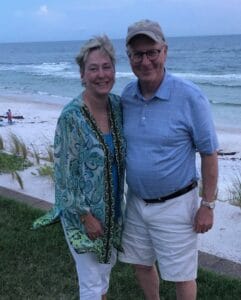 After graduating from West Point with a Bachelor of Science degree and a commission in the Infantry, Lieutenant Pattison served in the 101st Airborne Division (Air Assault), before commanding Company C, 1st Battalion 58th Infantry in the 197th Infantry Brigade at Fort Benning.  He commanded a second company in the 3rd Infantry Division in Germany and helped introduce the Bradley Fighting Vehicle to the field force.  Major Pattison graduated from Army’s Command and General Staff College in 1988 and then was selected to attended the prestigious School for Advanced Military Studies (The graduates of which were referred to as “Jedi Knights.”)  He then served as the XO for the 3rd Battalion, 41st Infantry in the 2nd Armored Division at Fort Hood and “Operation Desert Storm.”

Lieutenant Colonel Jack Pattison later served as a strategic planner on the Army Staff in Washington, DC and then served with the Headquarters, Forces Command in Atlanta, Georgia.  He retired from the Army in 1998.  After working as a consultant, Jack Pattison founded his own company, Pattison Enterprises LLC.