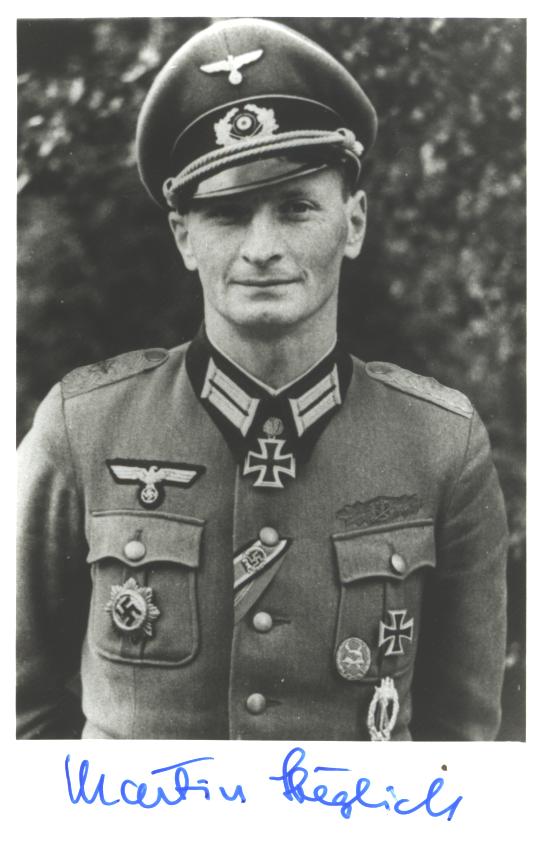 Wartime photo of Martin Steglich. After Desert Storm, he said the American Army had become the “Sons of the Blitzkrieg.”

Martin Steglich, a Knight’s Cross with Oak Leaves winner, was born in Breslau on July 16, 1915.  As with his friend, Heinz-Georg Lemm, Steglich’s early career saw him assigned to the 12th Infantry Division, serving many positions in the 27th Infantry Regiment in Poland, France and Russia (including the encirclement at the Demjansk Pocket.)  During this encirclement, Lieutenant Steglich was flown out of the pocket and to Berlin, where he briefed Adolf Hitler on the situation and had lunch with the German leader and his entourage!  Martin Steglich won the Iron Cross Second Class on September 14, 1939, the Iron Cross First Class on June 27, 1940 and the Honor Roll Clasp of the Army on July 28, 1941.  He gave his Infantry Assault Badge to Major MacLean in 1991 after “Desert Storm.”  Martin Steglich received several serious wounds during the war and finished the conflict as the commander of the 1221st Grenadier Regiment in the 180th Infantry Division, defending the Rhineland.  He received the Oak Leaves on April 5, 1945.  About that time, he was seriously wounded by bullets from a strafing Allied aircraft, striking him in the mouth and foot. 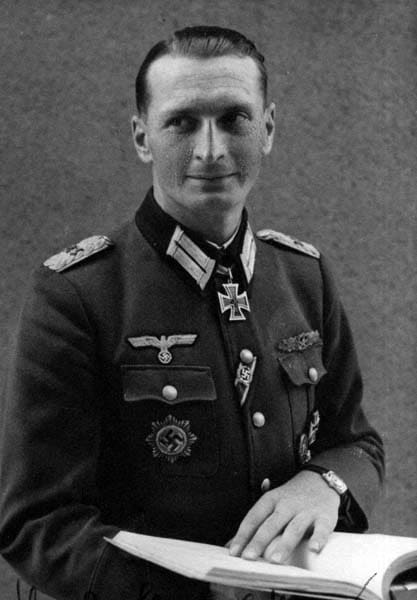 Between tours at the front, Martin Steglich wrote training doctrine and prepared several training films, including how to destroy a tank in close combat.

Martin Steglich joined the Bundeswehr in the mid-1950s; he was promoted to the grade of oberst (colonel) on August 1, 1962.  He owned a furniture store and lived in Ruppichteroth (in a house he nicknamed Haus MaRo) with his wife and three daughters, until his death on October 20, 1997.  Martin had little interest in politics and was truly a gentleman of the old school. 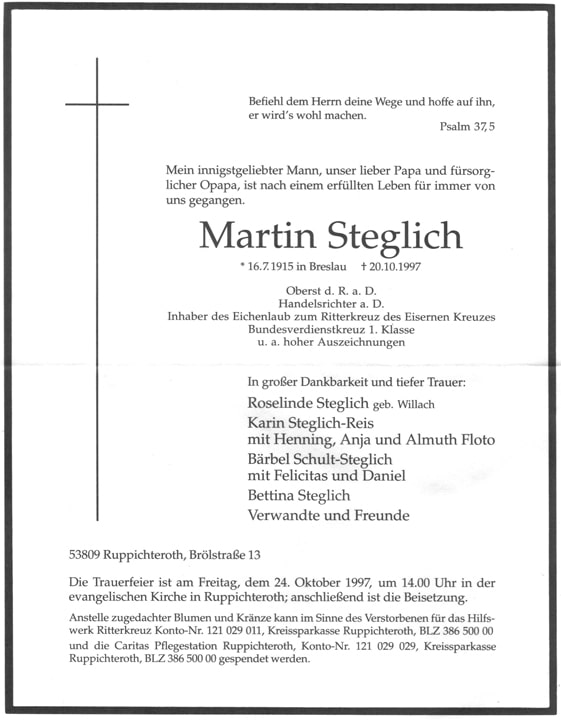 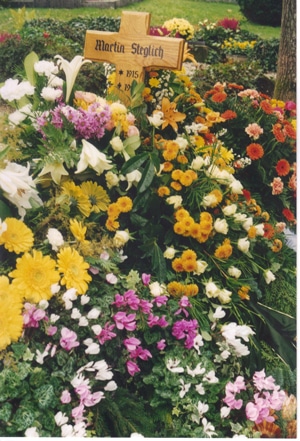 Grave of Martin Steglich shortly after his funeral