Commander of the 3rd SS Totenkopf Division, SS-Obergruppenführer Eicke was shot down in his light observation plane and killed at Artelnoje, Russia on February 26, 1943. 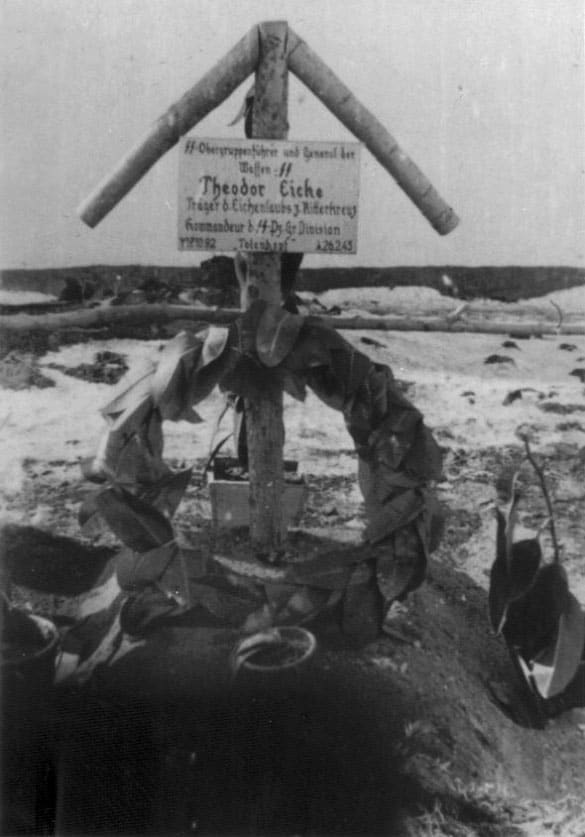 Both were killed in Normandy in 1944; Wilhelm Falley, the Commander of the 91st Air-landing Division, was killed by small arms fire from a lieutenant in the 82nd Airborne Division, near Ste.-Mere-Eglise, on June 6, 1944.  Eric Marcks, Commander of the LXXXIV Corps, succumbed to wounds received in a strafing by enemy aircraft near Marigny. 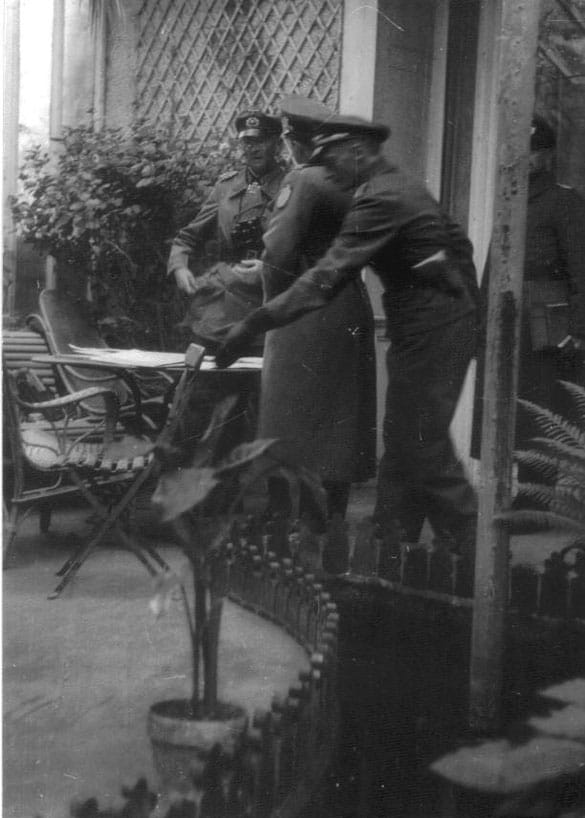 He is visiting units at the front; it is obviously winter.  Dietl was killed in an air accident in Austria, when his transport plane crashed into the side of a mountain.  He was buried with honors at the Nordfriedhof in Munich. 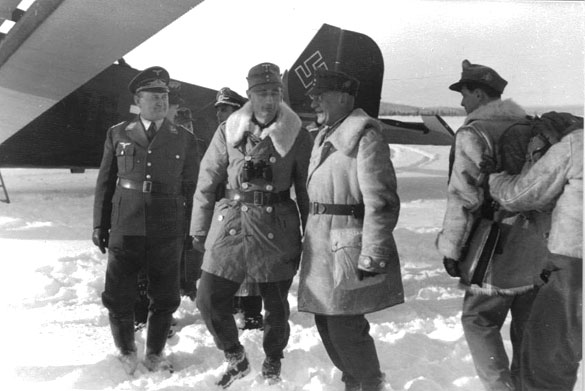 He was in command of “Task Force Mars,” designated to capture the capital of Crete in May 1941.  As his glider was being towed from Greece to Crete, the tow-cable snapped, the left wing broke off and the craft plunged to the small island of Aegina.  Süssmann was killed on impact.  He is buried at the German Military Cemetery at Dionyssos-Rapendoza, Greece. 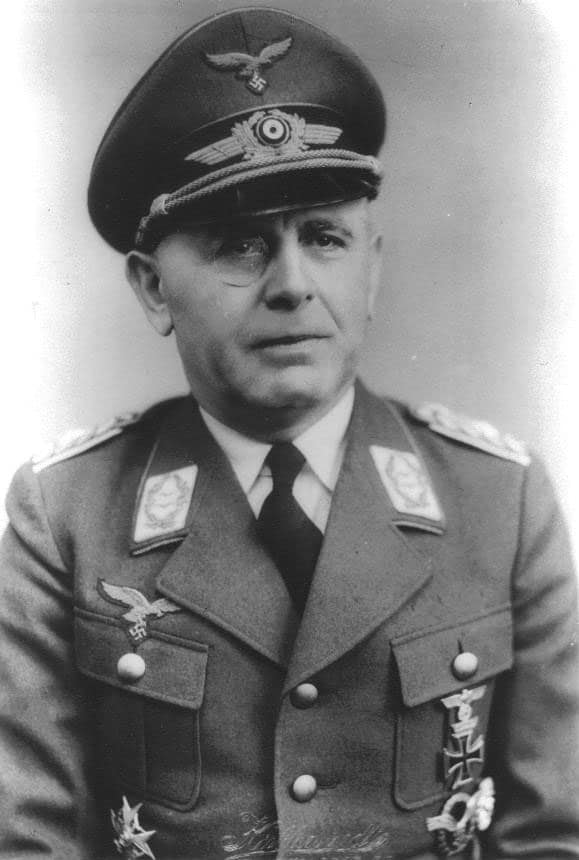 General der Infanterie Hermann von Speck led the XVIII Corps near the Yonne River in France.  He was killed in action by French machine-gun fire at Pont sur Yonne. 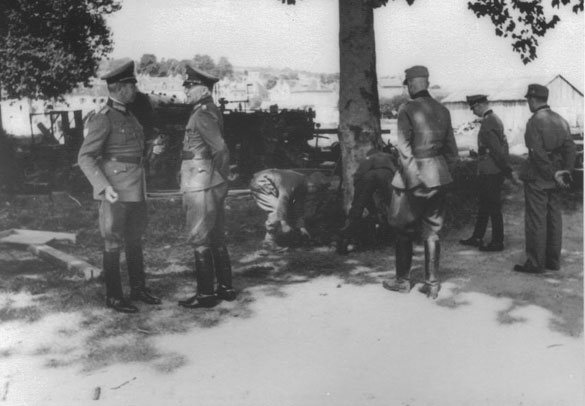 Generalleutnant Gerhard Schmidhuber, Commander of the 13th Panzer Division.  The division was encircled at Budapest.  On February 11, 1945, the city commander ordered all units to conduct breakout operations.  Schmidhuber was killed early in the attempt; his remains could not be positively identified; he probably rests in the unknown section at the German Military Cemetery at Budaörs, Hungary. 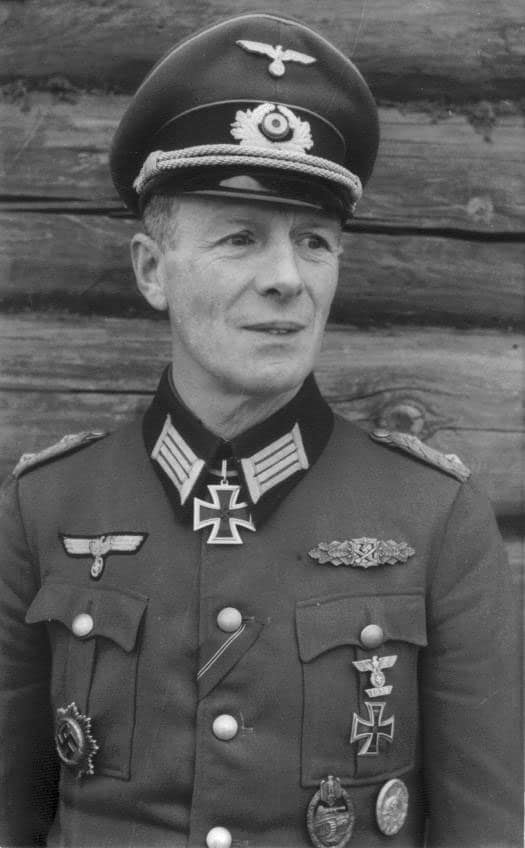 SS-Gruppenführer Artur Phleps, examining captured submachine-gun.  Phleps was killed in action on September 21, 1944 in Romania, while making a forward reconnaissance.  He and his driver were killed by small arms fire by Soviet troops. 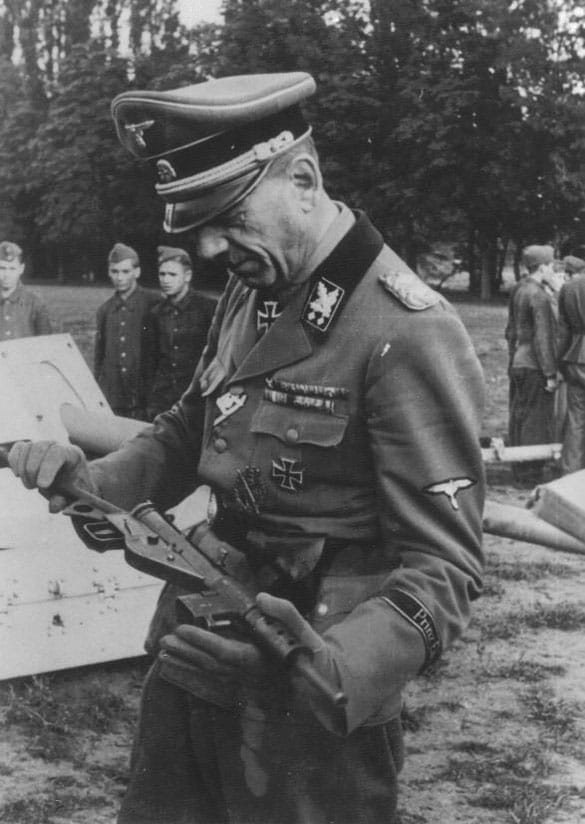 General der Infanterie Kurt von Briesen, Commander of the LII Corps, on his horse, during a victory parade in Paris.  Von Briesen was killed in an air attack near Andrejewka, USSR on November 20, 1941. 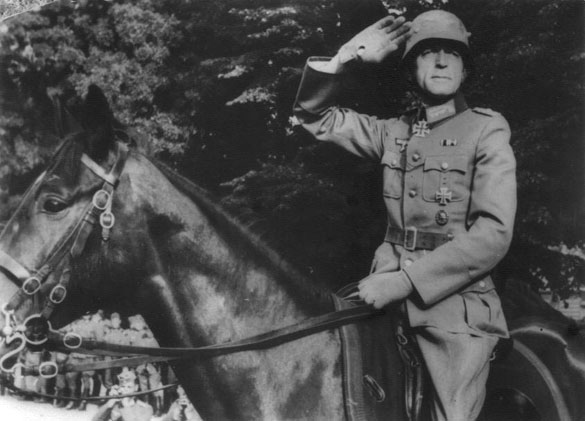