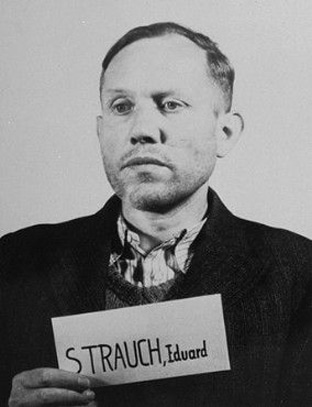 SS-Obersturmbannführer Dr. Eduard Strauch, born August 17, 1906 in Essen, commander Einsatzkommando 1b and Einsatzkommando 2, winner of the Iron Cross 1st Class, sentenced at Nürnberg to Death, released from prison by reason of insanity, died on September 9, 1955 in a mental hospital in Uccle, Belgium, said in 1943 on killing Jews: “Gentlemen…we are convinced that someone must carry out these tasks.  I can state with pride that my men…are proud to act out of conviction and fidelity to their Führer.”