Entrance to Hendricks Execution Site at the Château La Vallée, a fourteenth-century manor house.  One witness to the execution (which occurred on Friday, November 24, 1944) who was interviewed by the author in 2011, stated that two “big American Military Policemen” allowed the condemned man to smoke a cigarette before he was led to the gallows.  The author’s subsequent research of personnel files at the National Archives in St. Louis found that the two MP guards, escorting Private Hendricks that day, stood 6’0″ and 6’5″, respectively! 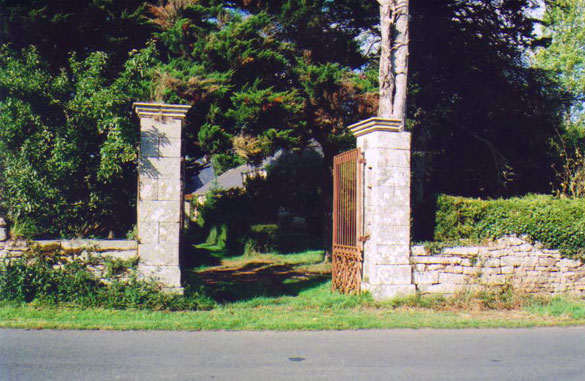