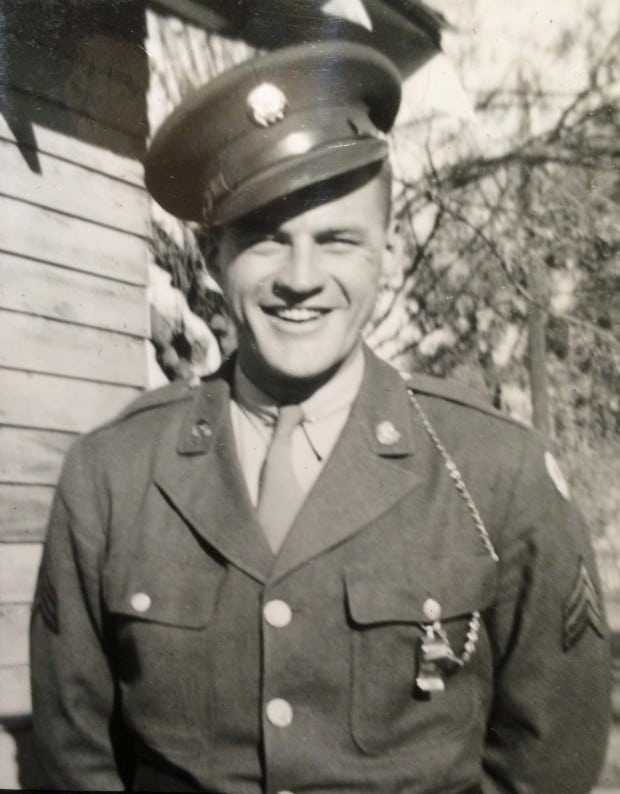 (June 2, 2014) Sergeant and Military Police guard Richard A. Mosley served at the Loire Disciplinary Training Center, during which time he escorted seven condemned men to the gallows.  The son of Irish immigrants, Mosley was born in Pineville, KY on February 22, 1904.  He joined the Navy in World War I, but received a discharge for being underage.  He spent five years at the University of Illinois, studying electrical and mechanical engineering.  He subsequently was the foreman for an automobile service center.  Although he was partially blind in one eye, he entered the Army at Los Angeles on August 1, 1942 and became a powerhouse engineer.  After arriving in Great Britain on June 1, 1943, he was transferred to new duties as a military specialty 635 – disciplinarian.  He stood 6’5″ tall and weighed 203 pounds.  On March 1, 1945, he became a first sergeant in the 1008th Engineer Services Battalion.  Mosley was discharged at Fort MacArthur, CA on August 31, 1945.  He was awarded the Good Conduct Medal, the World War II Victory Medal and the European-African-Middle Eastern Campaign Medal with a Bronze Service Star for Northern France.  Mosley lived in Hanford, CA until his death on January 5, 1953.  He is buried at Grangeville Cemetery in Armona, CA. 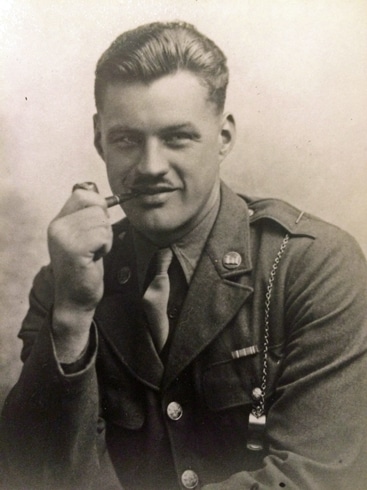 However, this is only part of the story.  In May 2014, family members of Sergeant Mosley contacted the author with additional, critical information.  Richard Mosley had died in 1953, but the cause of death was a suicide.  For decades, Mrs. Mosley and her children questioned themselves as to whether they may have contributed to Sergeant Mosley’s decision to end his life.  When you read The Fifth Field, you will see the level of compassion that Sergeant Mosley displayed toward condemned prisoners; a witness to one execution recalled in 2011 how Sergeant Mosley let a man smoke a last cigarette before climbing the stairs of the gallows.

Sergeant Richard A. Mosley did not take his own life over family issues or finances.  In my opinion, Sergeant Mosley was a classic case of Post-Traumatic Stress and he was unable to get the help he needed before it overwhelmed him.