Wegen Tapferkeit vor dem Feinde (For Bravery in the face of the enemy) for Werner Milch.  Werner Milch, the brother of Luftwaffe Field Marshal Erhard Milch, was a hero in his own right.  Born November 15, 1903 in Wilhelmshaven, he served with the German Army’s 603rd Artillery Regiment, winning the Iron Cross 2nd Class.  He also fought on the northern sector of the Eastern Front before joining the Luftwaffe.  That sent him to Africa, where he served under Colonel Ramcke, the famed airborne leader.  Milch served on the Western Front in 1944 and distinguished himself at Flavigny, on the Moselle River, as the commander of the 2nd Paratroop Mortar Battalion.  He received the Ritterkreuz (Knights Cross) on January 1, 1945 for bravery with this unit.  Werner Milch died on November 17, 1984 at Hemer in North-Rhine Westphalia.  He is buried in the Waldfriedhof at this town (Section D, Field 21, Grave 176-180.) 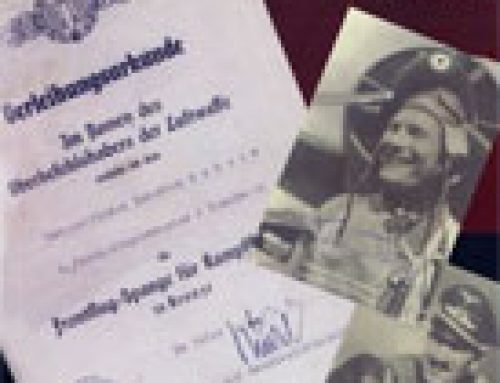 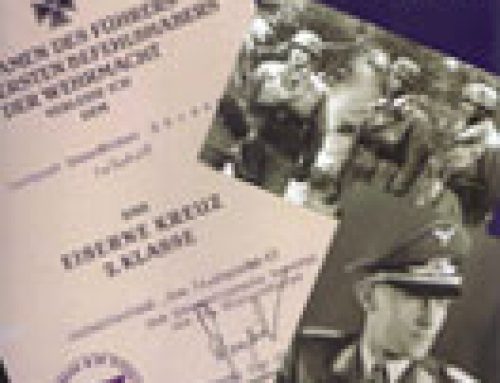 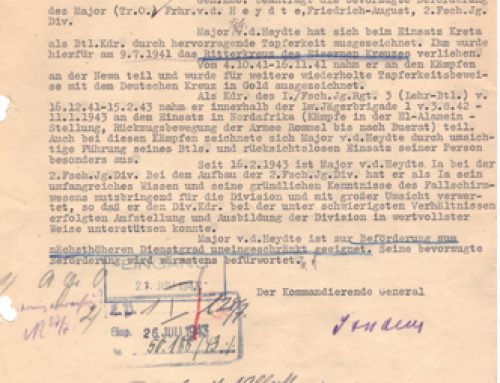 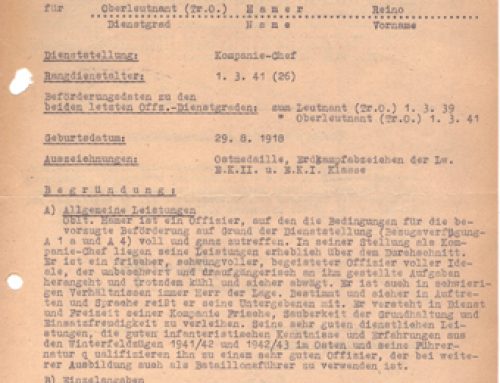 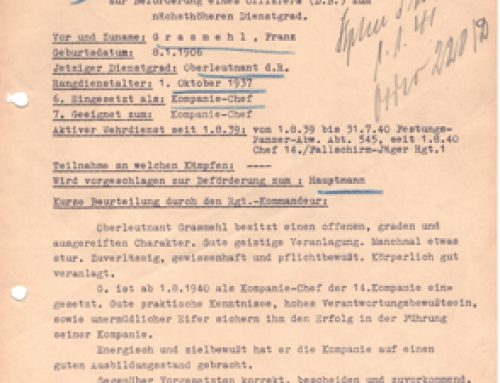 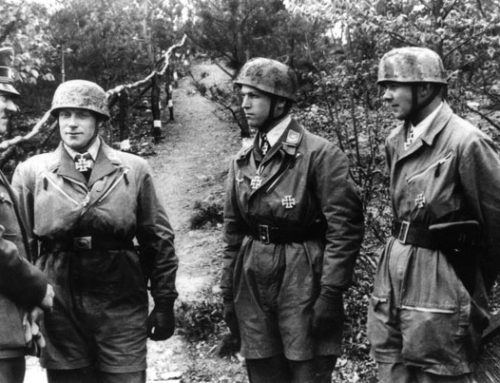 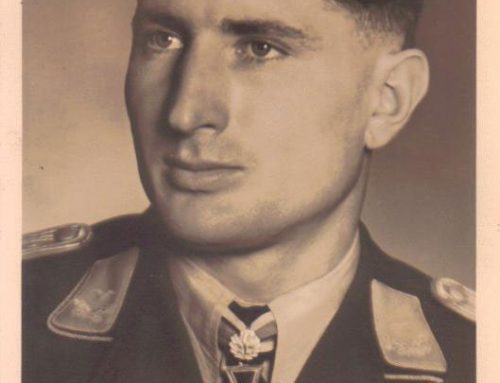 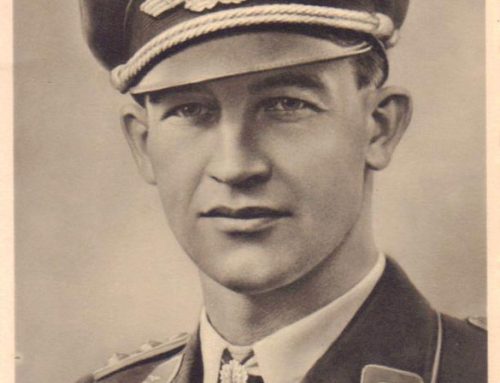 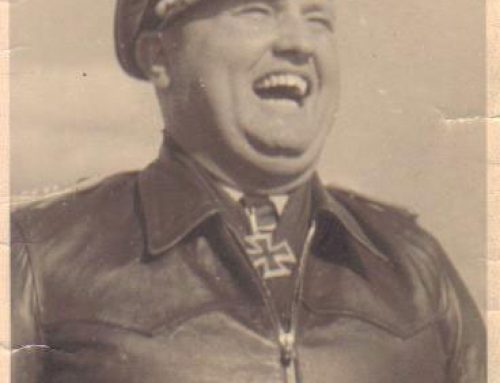 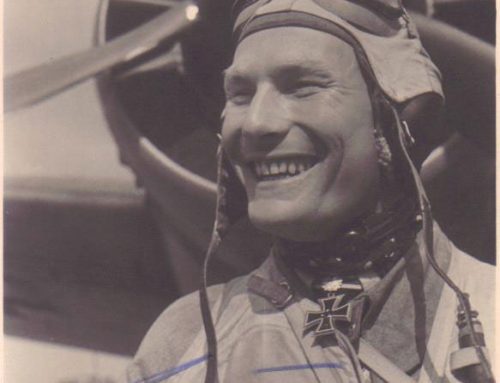