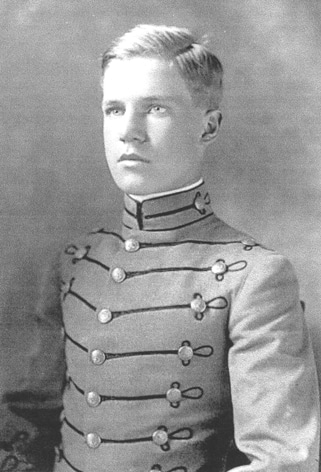 Mortimer Christian -- Do you have information about him?

(February 21, 2013)  I need your help!  Work is finishing on The Fifth Field book and the draft will go to the publisher before April 30.  I am putting together photographs now.  There are several important Military Policemen who are part of this story and who I need to get in contact with.  NONE of these men did anything wrong in any way; in fact they had maybe the toughest job in the entire war and it is time for that story to be told.

I simply need to hear their view of what went on as they saw it.  If you are one of the following men (and unfortunately I think that almost all have passed away,) or you are the spouse, son or daughter or grandson or granddaughter of one of these men (or even if you are not positive, but think you might be), please email me.  I really need a photograph (hopefully in uniform) and also perhaps this person wrote home about what happened and you still have the letters, or even took pictures about where he served.  I can use any information you might have.  I have been searching for 12 years and this is the last chance I have to add information before the book goes in for publishing.

Jack D. Briscoe — Sergeant in the 2913th DTC.  Born in Sheridan, Texas on July 4, 1919, he stood 6′ tall and weighed 163 pounds.  He was single and had worked as a roustabout on an oil field before enlisted at Camp Bowie, Texas on November 4, 1941.  His military occupational specialty was listed as a 677 – Disciplinarian.  He separated from the Army on September 22, 1945 at Fort Sam Houston, Texas.  Briscoe was awarded the European-African-Middle Eastern Campaign Medal, the Good Conduct Medal and the American Defense Service Medal.  He later worked for the Mobil Oil Company, married and had two daughters.  Jack Dempsey Briscoe died on July 18, 1985 at Weimar, Texas and is buried at the Chesterville County Cemetery.

Russell E. Boyle — Sergeant and Military Police guard at the Loire DTC.  He enlisted in Chicago; the Army discharged Boyle at Camp Grant, Illinois on November 21, 1945.

Kenneth Breitenstein — Sergeant and Military Police guard in the 2913th DTC.  Born in Reading, Pennsylvania on August 19, 1922, he finished three years of high school before becoming a metalworker.  Breitenstein was inducted at Allentown, Pennsylvania on January 2, 1943.  He stood 6’1″ tall and weighed 175 pounds.  In 1945, he applied for officer candidate school.  After the war, Breitenstein served in the Reserves until 1953.  Kenneth L. Breitenstein died on May 10, 2009 at Coudersport, Pennsylvania.

Mortimer A. Christian — Major and Commandant, Seine DTC.  Born on September 28, 1896, Christian graduated from the Virginia Military Institute and served in the 17th Cavalry in World War I, later entering the Military Police.  Mortimer Christian died on November 1, 1955.  He is buried at Arlington National Cemetery in Section 1, Site 931-B.

James C. Cullens, Jr. — Lieutenant Colonel and Commandant of DTC Number 1/2912th DTC at Shepton Mallet Prison; Cullens assumed command of the facility on June 14, 1943 as a major.  He commanded the unit until October 1, 1944, when he transferred to the 751st MP Battalion.  James C. Cullens was born in Louisiana on November 9, 1895.  He graduated from West Point in 1918 and was commissioned in the Infantry, but resigned his commission the following year.  He was recalled to service in 1942 and served until 1947.  James C. Cullens died at Ille-et-Vilaine, Dinard, France on December 11, 1961.

Philip J. Flynn — Major and Commanding Officer of the United Kingdom Base Guardhouse.

Alfonso Girvalo — Sergeant and Military Police guard at the Loire Disciplinary Center.  Nicknamed “Big Al” at the disciplinary training center, he was born in 1918 in Ossining, New York; he attended high school for four years prior to his induction into the Army on April 16, 1942 at Fort Jay at Governors Island, New York.  Girvalo stood about 6’1″ tall and weighed 200 pounds.  After the war, he returned to the Ossining.  Alfonso Girvalo died there in 1986.

Arthur S. Imell — Major and Commander of the 2615th MP DTC in North Africa.  Born on July 31, 1889, he served in World War I and retired as a lieutenant colonel; he was in the Infantry.  He died on February 9, 1956; Arthur Imell is buried at Fort Sam Houston National Cemetery in Section AI, Site 268 at San Antonio, Texas.

Herbert Kleinbeck — Technician Fifth Grade.  Born on August 9, 1920 in Chicago, Illinois, he was single, had one year at the University of Illinois and was trained as an apprentice tool and die maker.  Kleinbeck, who listed his residence as Elmhurst, Illinois, was inducted into the Army in Chicago on August 14, 1942.  He stood 5’10” tall and weighed 164 pounds.  He attended military police school and was trained as a clerk, light truck driver and motor dispatcher and arrived in Europe on June 2, 1943.  He was discharged from the Army at Fort Sheridan, Illinois on December 24, 1945.  He was awarded the European-African-Middle Eastern Campaign Medal and the Good Conduct Medal.  Herbert Kleinbeck died on February 21, 2000 in East La Mirada, California.

Frank Landi — Sergeant and Military Police guard at the Loire DTC, he was likely born on November 3, 1904 in Pennsylvania.  Landi had attended grammar school and had worked in a machine shop prior to enlisting in Los Angeles on April 17, 1942.  One prisoner recalled that Landi stood about 5’5″ tall and in addition to his very bowed legs had what appeared to be a broken nose, indicative that he may have been a boxer.  He was discharged at Indian Gap Military Reservation in Pennsylvania on November 6, 1945 and returned to Los Angeles.  It appears that Frank Landi died in Sacramento, California on May 1, 1981.

Vincent J. Martino — Tech Sergeant.  Born in New York City on April 17, 1924 he had served as a stock clerk.  Martino stood 5’6″ tall and weighed 195 pounds.  He arrived overseas on February 18, 1944 and was assigned to the 2913th DTC.  Vincent J. Martino was awarded the European-African-Middle Eastern Campaign Medal, the Good Conduct Medal and the World War II Victory Medal.  His file listed him with a military occupational specialty of 564 – “Special Assignment.”

Earl Mendenhall — Sergeant and Military Police guard, assigned to the Loire DTC.  Standing 6′ tall and weighing 180 pounds, with gray eyes and blond hair, the former bridge carpenter was easily distinguishable from the other guards.  Born in Bowie, Texas on December 8, 1923, he was inducted into the Army on November 24, 1941.  Discharged from the Army in August 1945, in 1963 he moved to Grand Blanc, Michigan and worked for 35 years in the Chevy V-8 Engine Plant.  He died on April 9, 2011; Earl Mendenhall is buried in the Evergreen Cemetery at Grand Blanc, Michigan.

Richard A. Mosley — Sergeant and Military Police guard at the Loire DTC.  The son of Irish immigrants, Mosley was born in Pineville, Kentucky on February 22, 1904.  He joined the Navy in World War I, but received a discharge for being underage.  He later spent five years at the University of Illinois, studying electrical and mechanical engineering.  He subsequently was the foreman for an automobile service center.  Although he was partially blind in one eye, he entered the Army at Los Angeles on August 1, 1942 and became a powerhouse engineer.  After arriving in Great Britain on June 1, 1943, he was transferred to new duties as a military specialty 635 – disciplinarian.  He stood 6’5″ tall and weighed 203 pounds.  On March 1, 1945, he became a first sergeant in the 1008th Engineer Services Battalion.  Mosley was discharged at Fort MacArthur, California on August 31, 1945.  He was awarded the Good Conduct Medal, the World War II Victory Medal and the European-African-Middle Eastern Campaign Medal with a Bronze Service Star for Northern France.  Mosley lived in Hanford, California until his death on January 5, 1953.  Richard A. Mosley is buried at Grangeville Cemetery in Armona, California.

Lieutenant Colonel Henry L. Peck — Lieutenant Colonel and Commanding Officer, Loire DTC.  Henry Peck was born on August 26, 1910 in New York City.  He graduated from the City College of New York in 1931 with a degree in history; he later received a Master’s Degree from Columbia University.  He relinquished command of the 2913th DTC (Loire DTC) to Colonel Morris T. Warner on June 26, 1945 and departed the unit on October 11, 1945.  Peck was promoted to colonel in March 1946.  He later worked for the Veteran’s Administration and retired as a colonel on August 26, 1970.  Henry L. Peck died on December 5, 1996.

Thomas F. Robinson — Technician 3rd Class and assistant to Master Sergeant John C. Woods.  Robinson was born in New York in 1920; he was married and had two years of high school.  At the time of his enlistment, he lived in Westchester, New York.  A baker by trade, he enlisted in 1942 in Bayonne, New Jersey; prior to working with Woods, Robinson was assigned to the 554th Quartermaster Depot.  Thomas F. Robinson was discharged November 9, 1945 in New York City.

Clyde R. Thorn — First Lieutenant, Infantry, and Acting Commander of the PBS Garrison Stockade Number 1.  He was born on May 13, 1910 at Harrisburg, Arkansas.  He enlisted in the Army on April 13, 1942; he later was commissioned an officer on December 26, 1942.  Clyde Thorn died in Batesville, Arkansas on March 6, 1992.  Clyde R. Thorn is buried there at Oaklawn Cemetery.

Bert Ward — First Sergeant.  Born in Michigan in 1909, he enlisted in the Army on April 10, 1939 in Cordele, Georgia.  Prior to his enlistment, Ward, who was a candy-maker, lived in Genesee County, Michigan.  Bert Ward was discharged ay Indian Town Gap Military Reservation on August 15, 1945 and went to Eaton Rapids, Michigan.

Glenn A. Waser — Captain and Commander of the PBS Garrison Stockade Number 1.  He was an MP officer.  Born in Ohio in 1909, he graduated from the University of Illinois in 1933.  Glenn A. Waser entered the service on July 7, 1942.