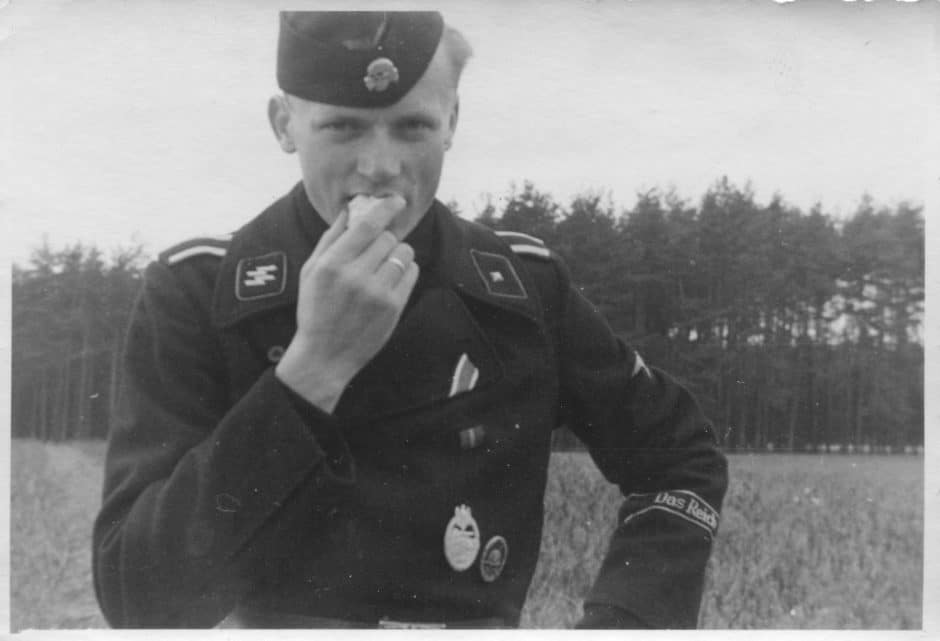 This man knocked out 77 enemy armored vehicles in World War II as a panzer gunner.  Do you really want to take him on in tank combat?

I always wanted to write about Kursk, and not have “just another” recount of the fight.  Not a rehash of Tiger tanks at Kursk but a whole new treatment of the machines and men at this pivotal battle: Waffen-SS Tiger Crews at Kursk: The Men of SS Panzer Regiments 1, 2 & 3 in Operation Citadel, July 5-15, 1943 which is published by Schiffer.

They were as hard as Krupp steel and as swift as greyhounds, the men who crewed the Waffen-SS Tiger tanks at the Kursk Offensive in July 1943.  Primarily enlisted men, not only did they fight – and fight well – at one of the largest tank battles in history, they also later formed the nucleus of Tiger operations in key future battles.  Franz Staudegger, Michael Wittmann, Bubi Wendorff and Bobby Woll became household names as the men who rode the Tigers to victory, but over 200 other crewmen had fascinating careers as well.

The SS men who fought in these Tigers were not ten feet tall, although the Russians may have believed that during those few days that the Tigers shook the earth at the attack on Kursk in central Russia.  No, these men were far more ferocious than huge physical goliaths.  These soldiers had no concept of defeat.  This is their story.

At Kursk, often described as the “Greatest Tank Battle in History,” the Wehrmacht fielded a total of just 120 Tiger tanks, including 35 operational Tigers from the 2nd SS Panzer Corps in its powerful Leibstandarte, Das Reich, and Totenkopf divisions.  The Tiger became a legend, but any tank is only as good as its crew.  For the first time, we know the identities of over 220 Waffen-SS Tiger crewmembers at Kursk – not just the few dozen officers, but the enlisted men as well.

Their biographies are stunning: some were veteran panzer men; others were previously in the infantry and a few had just transferred from the Luftwaffe.  Eight would win the Knights Cross of the Iron Cross; others would receive very few medals.  Eighteen would die at Kursk, while thirty-five would be wounded.  And the survivors?  Unfortunately for many an American, British, Russian tank crew, these SS Tiger men in their black uniforms would go on to form the deadly nucleus of the Waffen-SS Heavy Panzer Detachments that fought at Normandy, the Battle of the Bulge, and the Battle of Berlin.

Daily battle maps show the location of each of the three Tiger companies in the 2nd SS Panzer Corps.  Original German Luftwaffe aerial photos show the terrain taken within days that the Tigers rolled over it.  Over 110 photographs of Waffen-SS Tiger tanks, crewmen, award documents, anti-tank ditches, including many from private archives never before published show you what life was like from combat to eating a meal.

Before the offensive, German Colonel General Heinz Guderian, one of the “fathers” of modern armored warfare, who wanted the offensive postponed, dramatically chided the Führer, Adolf Hitler, to his face with this acerbic question: “How many people do you think even know where Kursk is?”

You are about to find out.