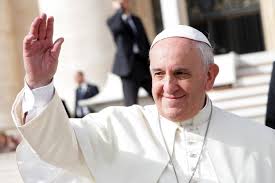 Certain conditions would have to exist before a New Knights Templar be formed in such a way that it could endure for the long haul, as the battle against militant Islam will not be won in the near future – in fact, it may become the Second Hundred Years War.

The most-likely common characteristic of all would-be volunteers to participate in the New Knights Templar would be a belief that there is both Good and Evil in the world and that militant Islam – such as ISIS – has demonstrated on a daily basis that it is Evil.  Furthermore these volunteers, brave men and women from around the world, would likely believe that Good should be triumphant, that Good must defend those who cannot defend themselves and that each individual can make a difference in this struggle against Evil.

Not every would-be volunteer for the New Knights Templar would be a member of an organized religion or would even be interested in what the leaders of major religions might think of the concept of the New Knights Templar taking up the sword to combat militant Islam and defending those innocents in its path.  However, for some volunteers, it would be important to have the moral support of those leaders and it appears that they will.

Enroute to South Korea on August 14, 2014, Pope Francis commented on the military victories by the Islamic State in Iraq and the Levant (ISIS or ISIL) that have resulted in persecution and murder of Iraqi Christians and other religious minorities.  Earlier, a papal communique against this violence was sent to all the nunciatures and the Pope wrote a letter to the United Nations’ Secretary General.  The Pope, additionally, met with the governor of Iraqi Kurdistan and named Cardinal Fernando Filoni, Prefect of the Congregation for the Evangelization of Peoples, as his personal envoy to Iraq.

In April 2015, the Community of Sant’ Egidio, a Catholic lay movement focused on ecumenical and inter-religious dialogue as well as conflict resolution, called for the creation of “safe havens” for Christians in Iraq and Syria, as well as the creation of an international police force capable of identifying and apprehending the authors of terrorist acts.  In May 2015, Cardinal Timothy Dolan of New York marked  the desperate plight of Christians in Iraq and Syria with an urgent plea for Americans to take action before it’s too late.  “When it comes to the persecution of Christians, we are talking about an… international emergency.”

For would be volunteers for a New Knights Templar that are Roman Catholics – or other denomination Christians that take interest in the words of the Pope – it appears that the pontiff’s words would clearly permit men and women of conscience to stop the unjust aggression of militant Islam so it does not do evil.  It is equally clear that the Pope is leery about a single nation determining the level of force that it will use to stop aggression, probably because that nation may allow selfish national objectives to cloud the issue of how much force is adequate to stop the aggressor versus how much may be too much.  That concern, while valid, probably would not applicable for members of a New Knights Templar, whose volunteers will be from many countries around the world, not just one.  Each individual would bring the norms and values of the nation from which he or she comes.  No single country would hold sway on the activities of these volunteers.  As will be described later, a New Knights Templar would probably have no world-wide governing body; the power of the organization would rest in the individual conscience, spirit, initiative and creative talents of each member, and every level of bureaucracy layered above the individual would have a stifling effect.

Leaders of Protestant Christian faiths seem to be in the process of making their own declarations that good men and women have their full blessing to fight evil and defend the innocent.  In September 2015, Archbishop of Canterbury Justin Welby decalred that the aerial bombig campaign against the Islamic State (ISIS) was a just war.  He stated that military action was justified on the humanitarian grounds that te victims of ISIS needed help in escaping the barbarity of Islamic extremists.  The Archbishop, principal leader of the Church of England and the symbolic head of the worldwide Anglican Communion, went on to state that: “There is justification for the use of armed force on humanitarian grounds to enable oppressed victims to find safe space.”

If they wish to support the fight against militant Islam, similar proclamations need to be made by leaders of other faiths and some have already come on board.  Rabbi Yosef Mizrachi, born in Israel but now a prominent public figure in New York said the following: “A child who grows up with a Torah education knows that there is good and evil in the world, and knows that he is expected to strengthen the good and counter the bad.  Wrote King David in the 97th Psalm: “Ohavei Hashem sin’u ra” – if you love God, hate evil!  That is the moral passion that Judaism has encouraged for 3,500 years – and that is why those who are imbued with its values understand that the evil of this world is very real indeed, and that all of us have an obligation to do our best to fight it.”

For a New Knights Templar to come into being, with a chance to be viewed as the good of humankind, Muslim Imams must endorse that groups such as ISIS and other militant Islamic entities should be fought by all true Muslims of good faith, along with their brothers and sisters of other faiths.  In March 2015, Imam Syed Soharwardy, the head of the Islamic Supreme Council of Canada, created the edict which condemns radicalization and recruitment for ISIS.  Muslims around the world have long been condemning ISIS, but this is the first time there will be an official fatwa stating so.  Within days, 38 imams and Islamic scholars from across Canada signed the fatwa.  It is a start.

However, another hurdle to the formation of the New Knights Templar would be that entity of which Pope Francis was concerned – the modern nation state – and that will be addressed next.  To be continued…