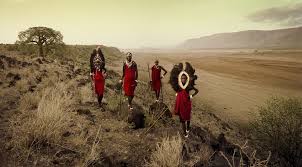 Although the primary mission of the original Knights Templar was military combat action, relatively few members were combatants.  The majority of its adherents acted in support positions to assist the knights and to manage the financial infrastructure of the organization.  Once Saint Bernard of Clairvaux, a leading Church figure, lent his support, the Templars became the favored charity in all of Christendom.  Templar headquarters in many lands received land, money and businesses.

In 1150, the original Knights Templar began generating letters of credit for pilgrims journeying to the Holy Land.  These pilgrims deposited their valuables with a local Templar office before embarking.  In return, he would receive a document indicating the value of the deposit; he would use that document upon arrival in the Holy Land to retrieve their funds in an amount of equal value.  In return, the Knights Templar received a small percentage of the wealth, an arrangement that was an early form of banking and may have been the first formal system to support the use of these forms of documents.  The system thus not only improved the safety of pilgrims by making them less attractive targets for thieves, but also contributed to the Templar coffers.

Fielding by country provides several advantages.  First, there is generally no language barrier within a single country.  Second, there is a built-in support structure back home to reinforce those Knights Templar at the front.  Third, a nation’s laws and political objectives may change over time.  Should a nation shift its views against its citizens being members, the cut-off of volunteers from Country X will only affect the New Knights Templar units from Country X, not all units if citizens from Country X had been spread across the force.

The New Knights Templar would have three major ongoing tasks to accomplish, and accomplish well.  In each nation, the organization will need personnel to raise funds, help recruit, provide some type of military training (within the context of what is legal to do in that country), conduct supporting public affairs activities and work behind the scenes with political leaders to increase – or at least maintain – support for the organization.

The third group, obviously, are those New Knights Templar are the actual fighters, translators, logisticians, medical personnel and civil affairs experts that actually go on a tour of duty overseas.  Each nation providing volunteers for a New Knights Templar will find its own best way to recruit volunteers.  One overarching principal will likely be that every volunteer can find an area in which to help; that all contributions are valuable; and that each volunteer must balance the degree of personal service in the organization with his or her ongoing personal and family commitments.  If those commits preclude service overseas, than whatever the volunteer can contribute should be valued.

For those volunteers that seek active overseas duty protecting the innocents and directly fighting the Evil, the sending countries would do well to remember Colonel Ardant Du Picq, a French Army officer and military theorist of the mid-nineteenth century.  Du Picq’s analyses stressed the vital importance, especially in contemporary warfare, of discipline and unit cohesion.  He also believed that the human element in war is more important than theories.  Before his death in combat in 1870, du Picq had already published Combat antique (Ancient Battle), which associates later expanded into the classic Etudes sur les combat: Combat antique et moderne, most often referred to by its common English title of Battle Studies, which was published in part ten years later, although the complete text did not appear until 1902.  A thorough study of all of du Picq’s thinking boils down to one of his fundamental truths:

“Four brave men who do not know each other will not dare attack a lion.   Four less brave, but knowing each other well, sure of their reliability and consequently of mutual aid, will attack resolutely.”

New Knights Templar organizations should strongly consider recruiting volunteers from among four people who already know each other well; they could have served in their own nation’s military together; gone to school together; or in some manner already know each other.  They should deploy together, work together overseas and re-deploy together home.  New Knights Templar organizations will quickly find that individual replacements cause nothing but problems.  A group of four volunteers – perhaps that will be termed as its own “Lion Team” – will work well together, be that as a medical unit or direct combat formation.

Training opportunities for volunteers for combat units will undoubtedly be limited and expensive, both in the home nation and once the volunteers are deployed.  Therefore a second consideration for volunteer selection – at least for combat duty – is previous experience in a nation’s armed forces.  Combat veterans have a stabilizing effect that cannot be over-estimated.  opportunities to fully train on host nation soil may be limited, so the higher the level of skill a volunteer brings in, the better.  Additionally, the enemy that the New Knights Templar will face will have months, if not years, of their own combat experience, albeit most of it was against defenseless women and children and those who could not adequately defend themselves.  With the formation of a New Knights Templar, that will be about to change.  To be continued…