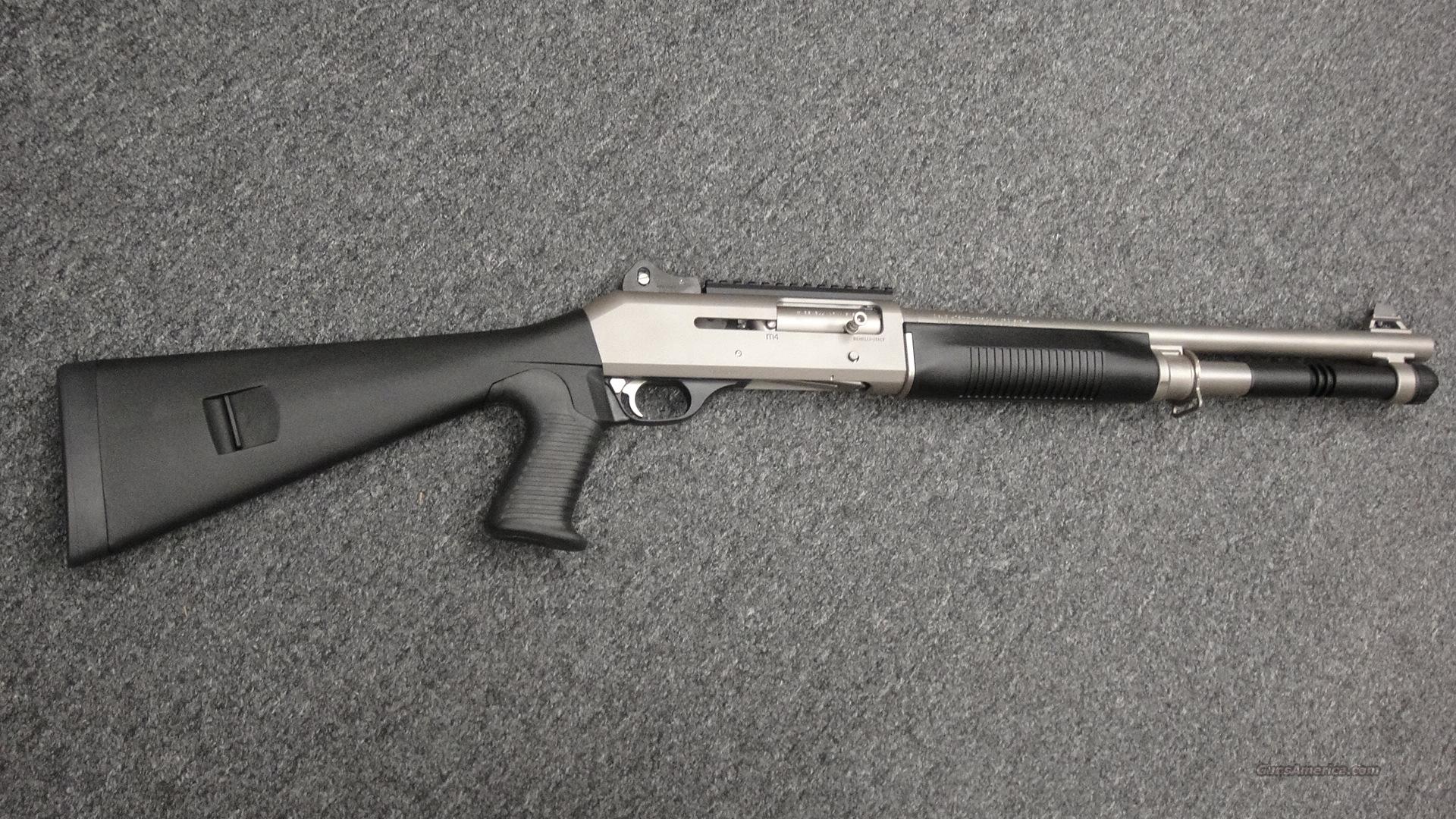 The “crowds” in this case are the U.S. Army, the U.S. Marine Corps, and U.S. Special Operations Forces that all decided some twenty years ago to equip themselves with Benelli M4 and M1014 (an M4 with a skeletonized butt-stock.)  The Services keep some pump shotguns, mainly because the Army has used them to great effect for over one-hundred years, as some old habits die hard, but the reappearance of “smaller wars” around the world, often in cities and close-quarter conditions, convinced the military to go with a more robust semi-auto weapon.

And robust is what the Benelli M4 is.  Weighing about 7.8 pounds, and having a pistol grip, you know you are carrying a substantial weapon, but the weight, shape and size make recoil seem tame – even when you fire the six 12-gauge round capacity as fast as you can.  The barrel length is 18.5 inches (overall length of 40 inches) and that is enough to keep the pattern where it should be, while not being awkward if you are in tight quarters.  You can fire 2¾ and 3-inch shells.  Although the weapon has a Picatinny rail on the top of the receiver for attachments, the rear ghost-ring sight is so good that why add weight with a red dot?  You have to worry about batteries and, yes, tests show that a ghost sight is slightly faster than a red dot from acquire-to-shoot.

The designers also used their smarts concerning loading the M4, but if you are a long-time pump shotgun person, it may seem odd at first.  For the M4, you load a round into the chamber FIRST while the BCG (bolt) is back, and the gun is empty.  You then release the BCG, which lets you load additional rounds into the magazine tube.  This way, you always have a round in the chamber if you need it.  This method is superior to a pump in that with pumps you have to load rounds into the tube, then pump, in order to accomplish the same thing.  The M4 is faster getting a round in the chamber when you have an empty gun.  If the bolt is closed, it always allows loading of more shells.  The setup also allows you to change the shell in the chamber without affecting the shells in the magazine tube.

Once you figure that out in just a few minutes, you’ll be sending buckshot down range as fast as John Wick.  Just don’t waste ammo like John does, often firing 3-4 rounds per bad guy.  And for you bad guys: don’t hurt a gentle little dog that belongs to someone who owns a Benelli M4.