Skip to content
Home/SWT/In the Land of the Blind, The One-Eyed Man Is King

In the Land of the Blind, The One-Eyed Man Is King

Sometimes you have everything you need in fighting a war.  Overwhelming troop strength; some kind of technological advantage; holding the high ground and a whole bunch of other factors make it a lot easier to defeat your opponent.  But sometimes, you just have to be a little bit better and you can win.  In regione caecorum rex est luscus is an old Latin saying that I’ve adopted for looking at things in a different way, but since I don’t speak Latin, “In the Land of the Blind, The One-Eyed Man Is King” will have to do. 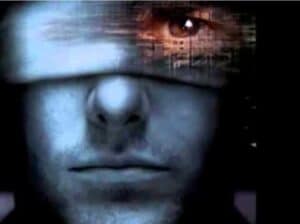 For example, let’s just say that the politicians decide that semi-automatic pistols, semi-automatic rifles, and semi-automatic shotguns should be prohibited from civilian ownership.  If those types of weapons go away and that’s all you had before the laws took effect, you are now living blind in the self-defense world.

But even though, in our scenario, you do not have a semi-auto anymore, if you have revolvers as  handguns, lever-actions as a carbine/rifle, and a pump or double barrel shotgun, you may have a reduced capability (figuratively one eye instead of two), but you can defend yourself really well, if you are proficient in these older-style weapons.  And you aren’t limited to just one.

In fact, you will have significant advantages with these “less capable” weapons, but first let’s dispel a few myths.  There aren’t any zombies.  The odds of you having to defend your home against hundreds of firearm-equipped attackers are staggeringly low.  Two, almost any individual attacker will not go kamikaze on you after running through multiple hits to his body.  Pain deters; if it doesn’t, then just decline Novocain next time at the dentist.  And meth-heads have diminished combat capacity when they put that junk in their bodies.

Let’s take revolvers.  Most hold six rounds; a few snubbies hold only five; and newer models over the last fifteen years can hold up to seven or even eight (an S&W Model 617 holds ten .22LR.)  If you can’t hit center of mass on a guy’s chest with one of 6-7-8 rounds you haven’t practiced enough.  Its important you hit because reloading a double-action revolver – except for Jerry Miculek – is painfully slow.  And reloading a single-action revolver is lethally slow.  And revolvers generally have more “felt” recoil because they don’t have a slide eating up part of that.

That’s the sour news; now the good.  You can conceal small revolvers.  You have more caliber choices in revolvers than you do in semis.  .357 Magnum comes to mind, and yes there is a Desert Eagle but those are really expensive and almost nobody has one and after a ban on semis, you won’t either.  But you can easily have a .357 revolver, which also will shoot .38s and .38 Plus, which means you have a greater chance to find ammo in an ammo-shortage era.  Ruger, Colt, Smith and Wesson and others make some pretty good models that I would stake my life on.

That’s because in a self-defense fight, you can’t afford any technical problems.  Most encounters will not be under optimum conditions (read low-level light, cold temperature – so you are wearing bulky gloves – initial surprise disadvantage, etc.)  The last thing you want is a failure to extract, failure to feed, or failure to fire – all three of which can happen in a semi-auto.  A failure to fire (firing pin hits the primer in the rear of the case but the powder fails to detonate) can happen in a revolver, but if that rare event happens (especially in factory ammo; I would never trust my life to ammo I had reloaded), you just pull the trigger again.  No need to re-rack it.  There are a few guys online that assert revolvers are less reliable.  Go ahead and believe that if you want.  But in this scenario that you can’t have a semi-auto, you basically can have a revolver, or nothing, so make your choice.  In regione caecorum rex est luscus.

Oops; I forgot.  There are Bond Arms derringers that are obviously not revolvers; I have fired Bonds in .410, .45LC, 9mm, and .38/.357 and all were really well-made and fill a small niche in anyone’s arsenal.  A very small niche that might be counter-car-jacking or something like that, because they have just a two-round capacity and are also slow to reload.  But since you can buy replacement barrels that all work on the same frame, they may be the most flexible firearm to have during ammo shortages because of that.

Now to carbines/rifles.  So if we can’t have a semi-auto, might want to consider a lever-action.  They come in a lot of calibers but seem limited in 9mm and .45ACP.  Why am I singling those two out?  Well, if you have your rifle in the same caliber as your revolver it makes it logistically easier on you.  Henry weapons generally hold about ten rounds give or take.  They used to be a pain in the rear to reload in the tubular magazine but maybe the gals and guys at Henry anticipated this situation and now many models also have side loading gates.  Also, when you have a 16 to 20-inch barrel, rounds like .357 and .44 pick up a whole lot more velocity and become even more lethal.  If you don’t care for a Henry, Marlin or Winchester are great also.

And most of the optics you can put on a semi will work on a lever-action, especially newer ones that have Picatinny rails on them.  For shotguns, you go through the same logical process; heck, treat yourself and have a pump, an over-under and a double barrel side by side.  Or a really cool German or Austrian combination weapon that might be an over-under shotgun/rifle like something from Ludwig Borovnik or Johann Fanzoj.  You’ll need to get one used, and you’ll need to be REALLY nice to your better half, and when you see the prices you’ll know why!

With weapons getting scarcer in stores try GunBroker.com, GunsAmerica.com, or Gunsinternational.com so at least you can see price ranges and determine what’s reasonable.

In an ideal world we wouldn’t have to have this discussion.  But we don’t live in an ideal world; in fact, we never did, because life isn’t that way.  So make the best of it and be that one-eyed shooter when a lot of folks are going to be “blind” because they haven’t prepared.