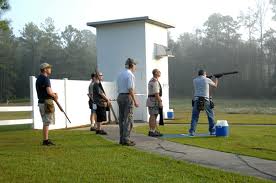 In these positions (I hesitate to call them jobs because I was having too much fun), as I look back, I can see that I did not spend as much time as I should have ensuring that every soldier in the platoon was a crack shot.  I should not have been satisfied when one of our soldiers qualified sharpshooter, or God forbid, marksman.  I should have made the whole platoon shoot until everyone achieved expert or dropped down exhausted.  I was always able to achieve this level, but that was because I loved to shoot and would buy ammunition out of my own pocket to fire as often as I could, and if I was not the best pistol shot among the officers in the battalion, I was darn close.

The same feeling should have been present when I was a company commander at Fort Benning and an armored cavalry troop commander back in Germany.  But the higher you go, the more requirements are placed on your unit and you seem to have even less time for the really important things.

As an older officer, I was able to read about pivotal battles throughout history and one thing that struck me was that the side that could shoot the best most likely would win the battle.  This conclusion really struck home when I walked the Little Bighorn half a dozen times in preparation for writing Custer’s Best.  Seeing the skirmish lines in the valley and atop what would later be called Reno Hill, both locations occupied by Company M of the Seventh Cavalry, it became obvious that most of the troopers in the company couldn’t hit the broad side of a barn with their rifle shooting.

“Most” isn’t really accurate; my conclusions were that maybe only four or five men were actually expert with their weapons and that included the company commander and the first sergeant.

After I retired and spent time out east, we moved back to Illinois and I met a few guys who urged me to go skeet shooting with them, a sport I had never tried before.  Of course, the first few times I was terrible.  I was firing a shotgun of course, with each shell discharging perhaps 500 tiny pellets, but the targets were all moving very fast.  These little disks, called birds, came almost straight at me on some shooting stations and went away from me on others.  Often they cris-crossed in front of me, requiring that I shoot two targets in a matter of just a couple of seconds.

I got better and better and then it struck me.  We should have shot skeet in the infantry; in fact, every soldier in every branch should have shot skeet.  First, skeet forced me to keep both eyes open when I shot, which greatly increased my field of vision and my awareness of what was going on around me.  Second, I finally started to understand the concept of lead and how the intent was not to fire directly at a moving target, but to fire at a point where I believed the target would be when the round got out there to the same point.

Third, skeet was fun and competitive, which makes anyone do better, especially soldiers who are quite competitive by nature.  Fourth, shotgun ammunition is a WHOLE lot cheaper than rifle ammunition and this would really count with unit training budgets seemingly shrinking year after year.  Finally, skeet pellets travel only a small fraction of the distance a rifle bullet will travel.  This makes it easier to set up a skeet range and can be done with available distances as little as a couple hundred yards instead of the large range fans that traditional small arms need.

Many military posts have skeet ranges.  Try your hand at it and then take some non-commissioned officers out to shoot skeet and watch them compete against each other in marksmanship as if their lives depended on it.

Because on the battlefield, it will.