Camp Men sample page.  The information for each officer is presented in tabular format and includes the National Archive File microfilm roll number. 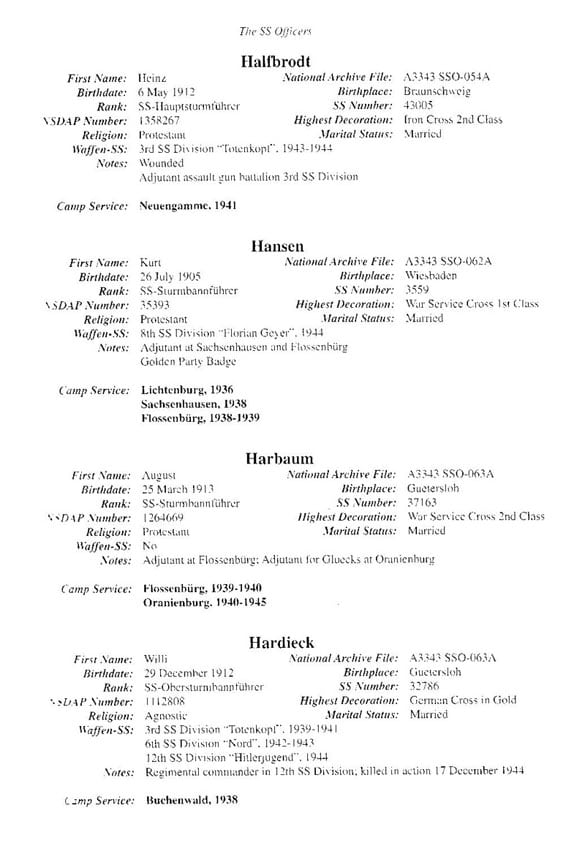 Kommandant at Natzweiler (1942) and Herzogenbusch (1943-1944.)  He also served in four other camps during his career. About 17,000 persons died at Natzweiler during the war, while the number, who died at Herzogenbusch remains unknown. At the end of the war, was assigned to the 34th SS Division.  He was sentenced to Life imprisonment but was released in 1956.  He died in 1980. 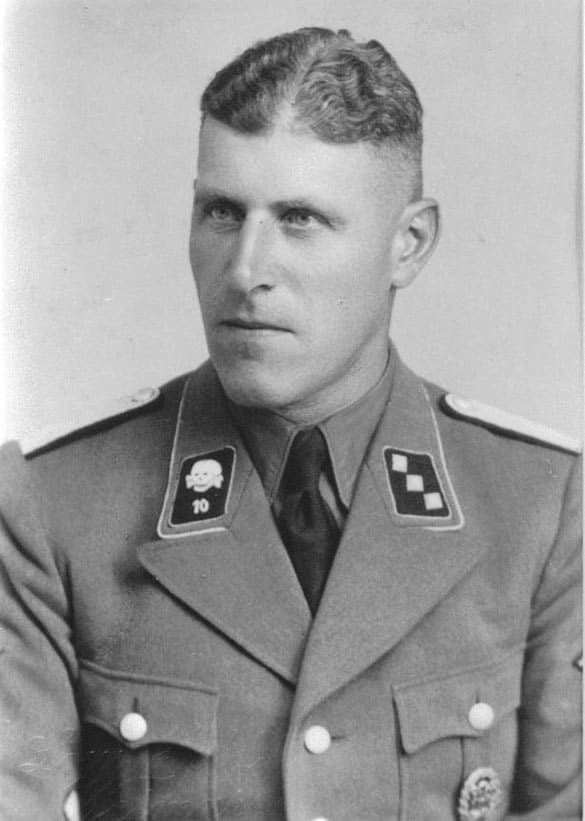