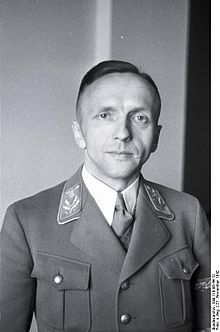 The following individuals participated in the Wannsee Conference (Wannsee-Konferenz, Wannseekonferenz), held in the Berlin suburb of Wannsee on January 20, 1942, to achieve bureaucratic unanimity concerning the Final Solution of the Jewish Question (Endlösung, Endlösung der Judenfrage), a euphemism for the destruction of the Jews in Europe.

SS-Obergruppenführer Reinhard Heydrich, Chief of the RSHA (Reichssicherheitshauptamt/ Reich Main Security Office) and Deputy Reich Protector of Bohemia and Moravia; ambushed in Prague on May 27, 1942 and died of his wounds on June 4, 1942.

State Secretary Roland Freisler, Reich Ministry of Justice; killed in an air-raid in Berlin on February 3, 1945.

Undersecretary of State Martin Luther, Reich Foreign Ministry; finished the war in a concentration camp after falling out with Foreign Minister Ribbentrop; died in Berlin of heart failure in May 1945.

SS-Oberführer Karl Eberhard Schöngarth, Commander of the SiPo (Security Police) and the SD (Security Service) in the General Government; hanged for war crimes (killing British prisoners of war) at Hameln Prison on May 16, 1946 (executioner – Albert Pierrepoint.)

State Secretary Erich Neumann, Office of the Plenipotentiary for the Four Year Plan; briefly imprisoned; died at Garmisch-Partenkirchen on March 23, 1951.

State Secretary Wilhelm Stuckart, Reich Interior Ministry; imprisoned for four years before being released for lack of evidence in 1949; killed in a car accident near Hanover on November 15, 1953.

SS-Obersturmbannführer Adolf Eichmann, Head of Referat IV B4 of the Gestapo; hanged at Ramla Prison in Israel on June 1, 1962.

Ministerial Director Georg Leibbrandt, Reich Ministry for the Occupied Eastern Territories; charged with war crimes but the case against him was dismissed in 1950; died in Bonn on June 16, 1982.

SS-Gruppenführer Otto Hofmann, Head of the SS Race and Settlement Main Office (RuSHA); sentenced to 25 years in prison for war crimes, but was pardoned in 1954; died in Bad Mergentheim on December 31, 1982. 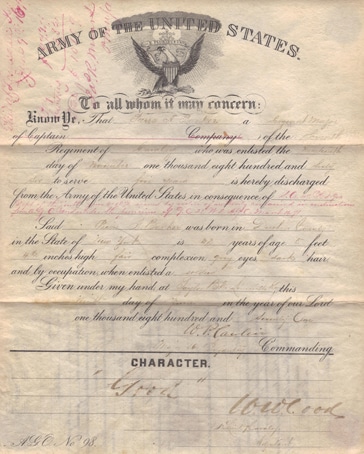 If you collect items associated with the Seventh Cavalry, I can help you there also.  Shown is the Army Discharge for Pierre A. Banker, who served in 1871 as the senior enlisted man in the regiment.

After the 39th Infantry Regiment stormed and captured the castle from the German 3rd Paratroop Division (3. Fallschirmjäger-Division), they stayed there for the night.  The regimental cannon company, later that evening, began firing at the castle, believing an enemy counter-attack was underway.  The boys in Company B, 39th Regiment, including Private First Class “Mac” MacLean, did not find this amusing.  The author is currently amassing research material to wrote a book on his father’s company.  Visit the Hürtgen Forest during this process with French for a really in-depth look at the battle.

Merode Castle After the Fighting

Walking Through the Forest

Walking Through The Forest

The Hürtgen Forest has miles and miles of trenches and the remnants of the fighting, as well as pieces of the Westwall, or Siegfried Line.  Rusted helmets, broken messkits and even rotted German boots bear witness to the ferocity of the fighting.  When walking through the woods, be careful not to pick up bazooka rounds or other dangerous ordnance.

Walking Through the Trees

Dragon’s Teeth in the Forest

Most open areas in the forest had this type of obstacle.  Standing in the middle of rows of dragon’s teeth and looking at the German side some 200-500 yards will often reveal where a bunker was that would keep the obstacle under observation and fire if necessary.  Obstacles not covered by fire are almost worthless.  The Germans also made extensive use of anti-tank and anti-personnel landmines. 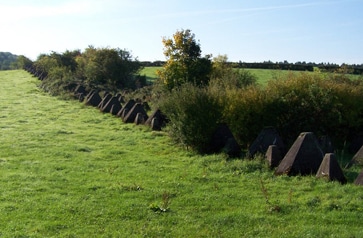 Dragon's Teeth in the Hürtgen Forest

Merode Castle in the Hürtgen Forest 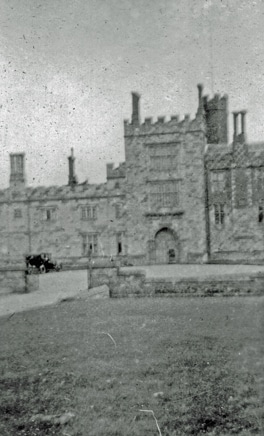 Merode Castle before the Fight

You can ride the battlefield at the Little Bighorn with French and Crow Tribe expert horsemen with Ken Real Bird.  The photo shows me in my younger days riding the range in northern Colorado.  If I can do it, so can you — and you’ll have a memory of a lifetime. 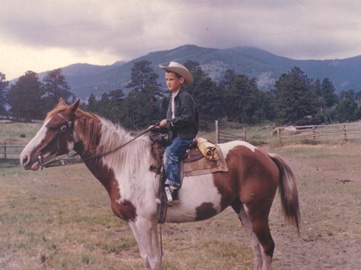 You can ride the battlefield with French, shown here in his younger days riding the range in northern Colorado

This map shows the advance of the 5th Panzer Army, commanded by Hasso von Manteuffel.  The museum at Bastogne is huge; plan on spending some time there. 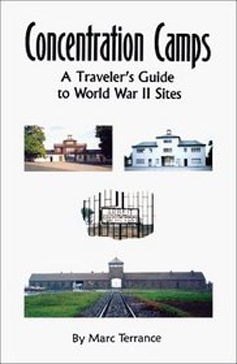 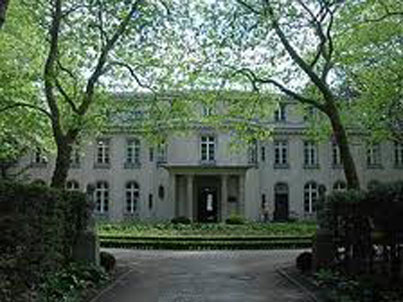